This year’s competition will feature parkour, Latin dancing, and more. 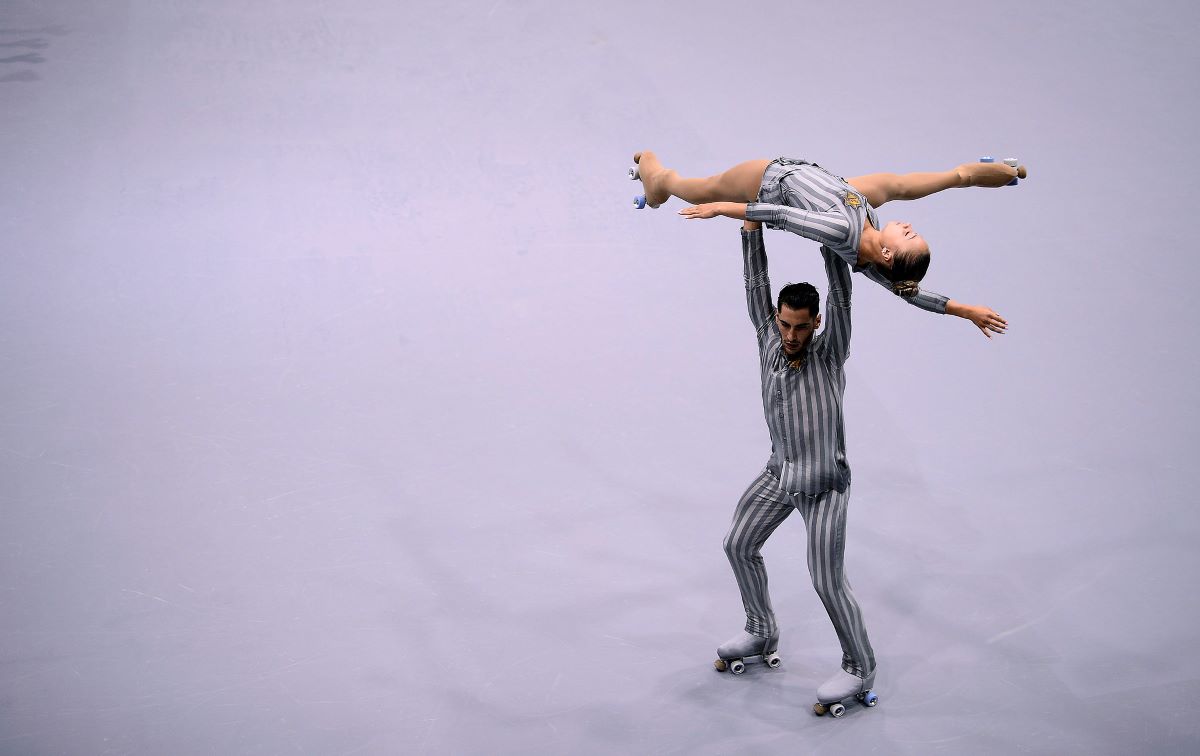 Birmingham has seen some exciting growth over the last couple of years, and for many residents and business owners in the city much of these developments can be attributed to one thing - the upcoming World Games. The event, which is normally held every 4 years but was delayed an extra two due to the pandemic, has been a catalyst for a Magic City that was already learning to love itself despite its flaws. New restaurants, new murals, new jobs, new roads, and a rejuvenated enthusiasm to support local has brought cautious hope to people throughout the city. But with all the excitement about the growth ahead of the World Games, we can’t forget to prepare ourselves to enjoy the games when they actually get here! About Town is here to help by breaking down the various sports, where to find them, and other fun tidbits leading up to the competition. This week we’re going to take a closer look at the Artistic Sports that will be featured at the 2022 World Games.

Artistic sports have a certain elegance about them, which makes them thrilling to see in person. Dance Sport (the direct descendent of Competitive Ballroom Dancing) is no slouch when it comes to entertainment, and is well-represented at the World Games with Latin and Rock n Roll competitions taking place on Friday, July 8th with another round of Rock n Roll returning the next day alongside a Standard dancing competition. The Latin competition features 5 dances including the Samba, Cha-Cha-Cha, Rumba, Paso Doble, and Jive. Standard similarly has 5 dances, which are the Waltz, Tango, Viennese Waltz, Slow Foxtrot, and Quick Step. The Latin, Rock n Roll, and Standard competitions will all take place at the recently renovated Legacy Arena at The BJCC.

Many sports will be making the World Games debut in Birmingham, and Dance Sport is seeing one of the most thrilling additions in Breaking. The street dance-inspired competition focuses on toprock, downrock, power moves, and freezes. The cool new sport will have an equally cool venue at Sloss Furnaces in Birmingham on July 9th and the medaling competitions on July 10th.

The Artistic Roller Skating and Speed Skating (Road and Track) competitions are stunning glimpses at the glory that can be us humans. They are both similar to Olympic Ice Skating, but replace the razor blade sharpness of the winter sport with a set of rollerblades. While Speed and Artistic competitions involve similar shoes and both fall under the artistic sports umbrella, these Skating Sports call on completely different skill sets and training. We’d recommend checking out as many roller-centered events as possible. The Birmingham Crossplex will be hosting the Artistic Roller Skating competition on July 16th and the proceeding medaling competition on March 17th.

If asked to describe world competition events, gymnastics would be the first sport that appears in many people’s minds. The World Games doesn’t disappoint in the category, and Birminghamians have many chances to witness some of the planet’s top athletes face off for golden glory. Things kick off on Tuesday, July 12th with Aerobics Mixed Dance & Pair and Rhythmic Gymnastics: Women’s Ball & Hoop. Things pick right back up Wednesday as Aerobics Mixed Group & Trio and Rhythmic Gymnastics: Women’s Club & Ribbon carry on the competitive spirit. Each of these showdowns will take place at the Legacy Arena at The BJCC.

After a short day of rest for the gymnast teams, the action returns with Acrobatic, Tumbling, and Trampoline taking center stage at the Legacy Arena from July 15th through 17th. Another exciting first takes place in Birmingham with the introduction of Parkour, which will also take place at Sloss Furnaces. This sure-to-be top watch takes place on July 10th and 11th.

No matter what event you choose to see, they are all going to be worthy of a story and a smile. Not many people can say they’ve seen some of the world’s finest athletes jump around Sloss or speed skating around the Legacy Arena. That’s a Magic City moment.