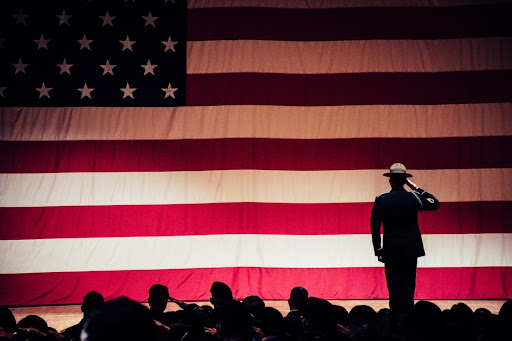 Honoring those who’ve risked their own well-being to protect the liberties of their fellow countrymen feels like it has always been a part of our country, but the official holiday we know as “Veterans Day” has been around less than a century – and it happened thanks to some dedicated veterans in the Magic City.

The day we now recognize as Veterans Day was once formally called Armistice Day, which was celebrated as early as 1919 to honor those who fought in World War I. It was created in remembrance of those who gave their lives in “the War to end all wars,” and for many years it was the perfect day to do exactly that.

In 1947, a World War II veteran named Raymond Weeks organized a “National Veterans Day” on Armistice Day to pay respect to all veterans of this country – and he chose Birmingham as the city for this historical event. This noble deed was quickly replicated by cities around the nation, and in 1954 Congress and President Dwight Eisenhower officially replaced Armistice Day with Veterans Day. The national powers that were even tried to move the date to the fourth Monday in October, but Americans said no to this change and it remained a permanent November 11 remembrance.

So how did Birmingham become the home city for the birth of a national holiday? Raymond Weeks ended up in the Magic City in his youth after moving around with his family in his earlier years. He graduated from Ensley High School before attending Birmingham-Southern College. In 1942, Weeks enlisted in the Navy to fight in World War II and was an active member until November 1945.

After his service he quickly got to work for the veterans of the Magic City. He was an active member in other veterans groups like American Legion and eventually founded the National Veterans Day Volunteer Organization in 1947. It was only natural that he would host the nation’s first Veterans Day event in his hometown with his fellow Birmingham soldiers, complete with a parade.

As the event became a national celebration, no city has outgrown the Magic City when it comes to November 11 festivities. The now-famous annual parade is the nation’s largest celebration of those who’ve fought for the country. This year’s parade takes place Thursday beginning at 1:30 p.m. with events lasting around three hours. The 2021 edition features a return to a live parade after the pandemic made last year’s event virtual, and will also feature the return to the route of the first Veterans Day parade 74 years ago – giving Birminghamians the opportunity to follow the actual footsteps of leaders before us.

While the parade is an amazing testimony of the Magic City’s love for its veterans, it’s not the only showing. Veterans memorials and parks featuring names of those who’ve fought for this country are found in counties and neighborhoods all throughout the greater Birmingham area. City staples like the Birmingham Zoo will also be offering free entry to veterans to celebrate the holiday, in addition to an abundance of national deals to be found.

For many of us, the gratitude we have for those who serve includes members of our family, close friends, co-workers, and people we look up to. Everyday people who, for one reason or another, place the value of their community above even their own livelihood. Only the most admiral of hearts can claim that, and we get to live in the city that started their most formal recognition!