Children’s Fresh Air Farm: A Place Where Kids Can ‘Just Be Kids’

In operation for nearly 100 years, this ministry of Independent Presbyterian Church focuses on developing students holistically. 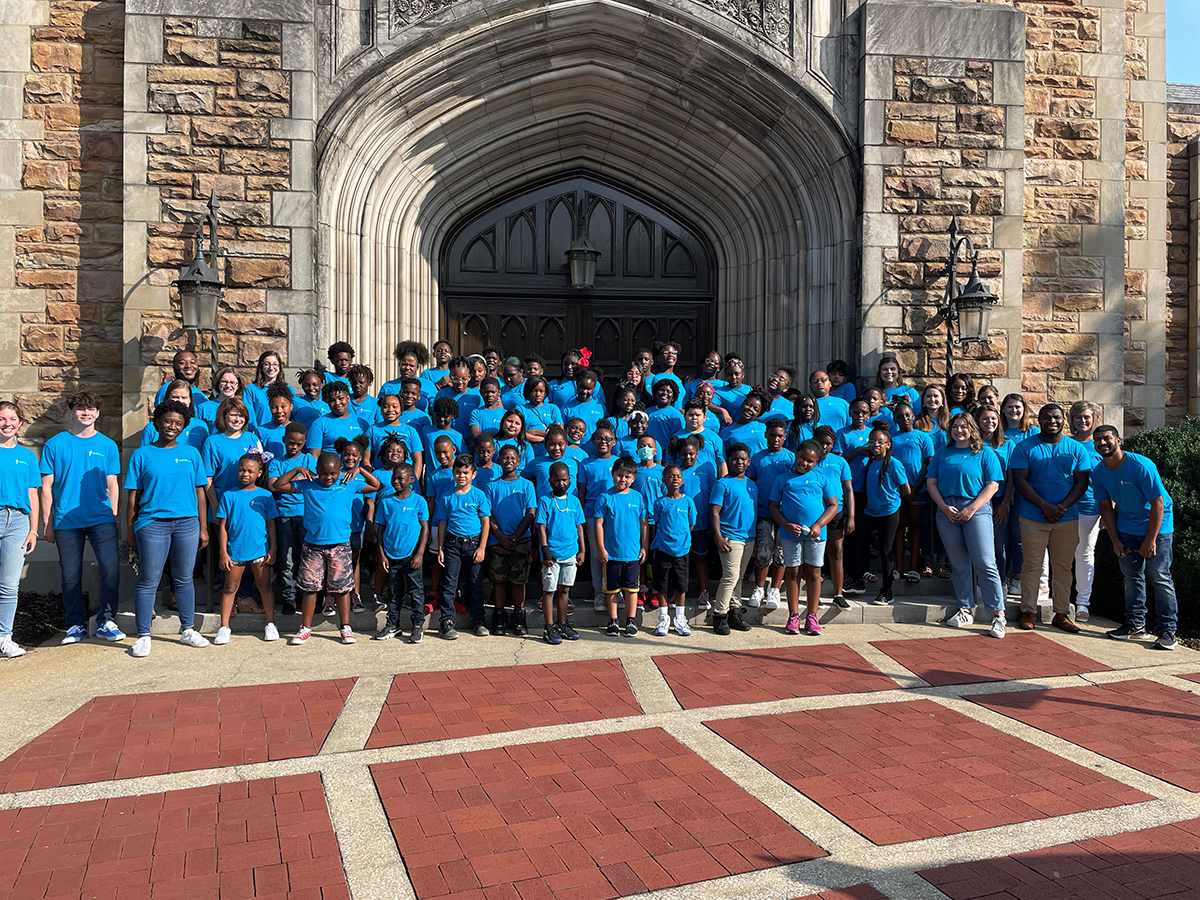 It’s called the “summer slide”: A term for what happens to students when they so very often backslide during the summer months they are not in school, losing months’ worth of progress when they’re not enmeshed in an academic environment.

Nearly 100 years ago, in 1923, the Children’s Fresh Air Farm was founded by Birmingham’s Independent Presbyterian Church (IPC), a ministry with an overarching mission to serve kids and give them the opportunity to spend time in creation, breathing in clean, fresh air and enjoying a safe place to play on a property in Bluff Park that IPC owns and operates. The Farm’s mission has evolved into a summer learning program, where for six weeks during the summer rising second graders through rising eighth graders spend their mornings academically engaged, and in the afternoons enjoy a summer camp environment, taking part in music, art, swimming, physical education, cooking, and even field trips around Birmingham. The program is completely free to students and is funded by IPC.

“It really helps to prepare them for the upcoming school year, to be academically ready,” said Catherine Goudreau, director of children’s and youth ministries at IPC and the director of the Children’s Fresh Air Farm. “But it also offers them opportunities they wouldn’t otherwise have in the summer to travel around the city on field trips and enrichment opportunities, building relationships with other campers – friendships are really important – and our main goal is to serve children holistically, from their character to their academics to their spiritual life.”

Students from Birmingham City Schools take part in the developmental activities at the Farm, set on 35 acres and staffed by 18 full-time summer staff and several other part-time employees. The Farm up until recently only served rising third through fifth graders; this year, they added in rising second graders and, because of the insistence of campers who didn’t want this summer to be their last summer at the Farm, the top of the age range has extended to rising eighth graders. Even after students can no longer come to the Farm as campers, many will return during their high school years to help out, Goudreau said. The hope, she said, is that campers want to return year after year because they have such an enjoyable experience.

“That’s the goal, and the majority of kids come back every year,” she said. “We grow with them every year.”

Rising second graders were added into the mix this year because the Farm’s staff noticed a need to work with kids earlier to get them on track for reading, she said.

“We want them to start successfully rather than catch up later,” Goudreau said.

The Farm is IPC’s first outreach program, nearly a century old, and speaks to the church’s love of serving its neighbors and its city. And its service through the Farm extends far beyond the six weeks campers are there in the summertime – throughout the year, Goudreau and her staff check in with the kids, asking about their academic progress and partnering with the kids’ families, all with an eye towards growth and development.

Goudreau notes, “So many of our students struggle to feel empowered in school. [The Farm] gives them an opportunity to experience academic success. Also, an important part of what we’re offering is for kids to be kids – to have fun, to play, to learn. Kids come to our program and want to come back every single year and want us to keep growing the program so they can stay in it. It speaks highly of our program, because kids do need a place during the summer that is safe to learn, grow, play, and just be kids.”

The number of kids Goudreau has witnessed positive change in is a number far too numerous to count, but one camper in particular, whom she did not name, tugs at her heartstrings. For this camper, the Farm is a family affair – he and his three younger brothers all take part – and he just completed his sixth year as a camper.

“We’ve just been able to watch him grow a lot as a leader,” Goudreau said. “He’s one of the ones who kept advocating for his class to come back [for another year]. In six weeks, he made over a year’s worth of academic progress in his reading score. What we’re doing is working.”

He has aged out of the program now, but he plans to return to the Farm next summer to work, helping campers like his younger brothers with math games and serving as a tutor.

“His mom sent us a text, full of gratitude,” Goudreau said.

Even after a challenging year navigating COVID-19 as teachers, the educators at the Farm couldn’t wait to return, expressing their desire that they wish they could keep the campers under their tutelage year-round.

“We love these kids,” Goudreau said.