The Birmingham creative is also impressing in lemonade, fashion, and photography. 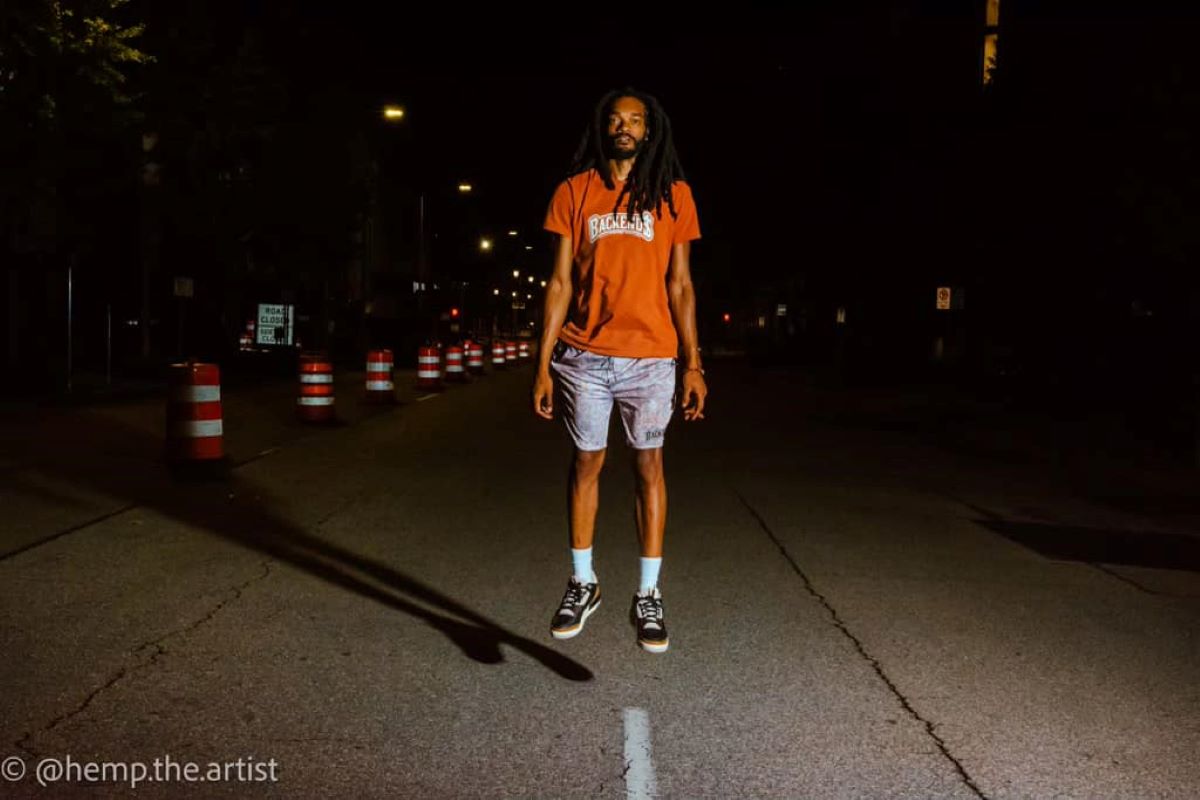 Hemp the Artist continues to shine in Birmingham and beyond. Everything from music and photography to fashion and lemonade is included in the community seed-planters entrepreneurial pursuits - and Hemp excels at each one. He’s spent years working on each craft which is resulting in a bountiful 2022. The release of “Food & Fiber”, the skyrocketing success of his Himonade brand, and the continued growth of his Backend$ clothing line aren’t accidental miracles. They are calculated blessings.

“Food & FIber” is an 18-song masterpiece that comes in at a brisk 45 minutes and 31 seconds. A loose follow-up to “Herb and Art”, this album centers around Birmingham collaborations and Herb dropping seeds of wisdom that he’s acquired along the path toward success. “It was more or less a collection of songs that became an album. If you listen to the album, the majority (of songs) are collaborations or features,” the artist explains, “It really came about from my desire to want to work with people in the community, and catering to their personality from my perspective. A lot of people that you hear on this album - I wanted to give them a view of what I see them as in my eye of their artistry.”

FlipDat, who has become one of Hemp’s strongest collaborators and vision witnesses, holds the most features - and makes his presence known on the diverse range of beats that come from a 15-year-old producer in Norway. Cory Savage, JG Reign, Ivan Spicoli, King Hood, Fy, Calico, Whyteboi B Tizzle, and Thed Weller all place their mark on the album as well. Famed producer Keibay makes an appearance as well - with the two Birmingham producers excelling over someone else’s beats for a standout track. Every musician on the album comes from the 205 area. Birmingham, Fairfield, and Bessemer are all represented on this Alabama album that should be a hit across the nation.

“I think this album is one of the best albums in hip-hop right now for the simple fact that it doesn’t sound like a particular place. The only way you’ll know where I’m from is if you listen to the context of my lyrics. There’s no negative vibes in it. Straight positive,” Hemp shares, “I’m a real green thumb lifestyle type of person. I like to sow seeds, come back and water them, then have a harvest and be like ‘Man, look at what we got.’ These are just seeds to bring into fruition for what I want to see in Alabama.”

The artist has already recorded music videos shot by Jimmy Takes Photos (Hemp did his own directing before these videos) for “Drilly” and “Build” and has plans for more including “Came Up”. This is a new turn for Hemp that doesn’t prominently feature the artist’s own production, which lets him focus on being more involved with the entire album creation process and the effort is a success.

The music - including Hemp’s latest release - is quickly gaining friends across the country. It helps that Hemp is making friends in major markets like New York and California with his other entrepreneurial pursuits like fashion and lemonade. His brand of beverage, Himonade, from “filling the void”. The good people at Magic City Mercantile had been hosting Hemp’s fashion brand for displays and mentioned to the designer that they were going to start hosting chef pop-ups at the store. Hemp asked if he could try his hand at making a beverage to go with the meals and within a matter of weeks Himonade was taking over the city of Birmingham and beyond. The artist loves the growth but is enjoying the now and being a part of every batch of legendary juice that’s getting made.

“I haven’t seen an artist who’s rapping who is serving the community with the photography. Who is executive producing artists in the community. Speaking. A full spectrum artist in the community. I could have went anywhere else. I could have gave up on Alabama and moved to California and still manifested who I am but it wouldn’t have been the same story. I think that’s the dynamic in my reality - I’ve been placed here,” Hemp the Artist reflects, “It’s a blessing to be in this body. With that being said, it’s a blessing to be in this community - this body. This community of people.”

We feel blessed that Hemp chose to remain a part of the Birmingham body, and are blessed to move forward together.

All images from Hemp the Artist