Lindsay Holifield Creates Light Through Honesty With Her Music 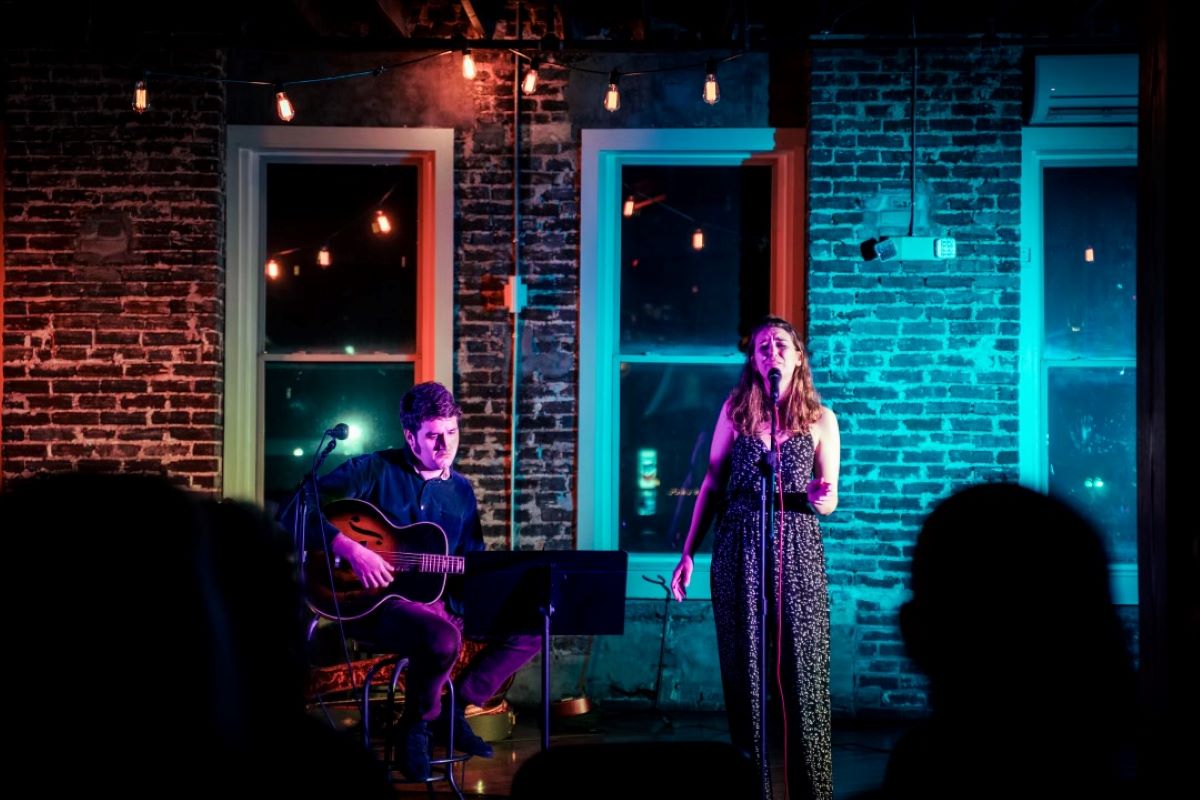 Lindsay Holifield found light on a harrowing personal journey, and the result has brought beautiful music for all to enjoy. The musician has released a 3-song EP titled “Fear of God” and a new single called “Ghost Girl” in 2022. All four songs are transparent truths laid out before us in a skillful manner that will make an impact on those who listen. Holifield has plans to start fundraising to record new music next year, but right now is enjoying playing live and sharing the vulnerable realities that she’s released this year.

Lindsay hasn’t always been a Birmingham resident, but the Magic City is where she chose to plant her roots during this exciting phase of her music career. She lived in Texas for the first 20+ years of her life before moving to Nashville in 2018. “The move to Alabama was in the pandemic post-grad school. I just needed a change so here I am in Birmingham, Alabama,” Holifield explains.

Lindsay first got into music around the year 2014 while spending a lot of time in mental health treatment centers and recovering from an eating disorder. She started playing and singing and would gather small groups of patients as her audience. “That kept me going,” Holifield shares, “Those moments were the few times in my day where I would feel life.” While “Fear of God” was released this year, the EP was mostly written in 2020 while the artist was in “survival mode” while moving in and out of treatment centers.

“I think it was exactly the day that I had my last stay in treatment was the day I released the EP. January 28, 2021. It was a year after that,” Holifield recalls, “It was this really beautiful moment of moving into life. I think a lot of my music wrestles with. Not just my story, but also this tension of being human versus disconnection.”

“Two things are so deeply intertwined for me. Recovery and beautiful life-giving creative things,” Holifield continues, “Most of my life was spent dying. That sounds dramatic but I think that quite literally. I was so sick and numbed out most of the time.” The following single “Ghost Girl” was written with her friend Alex Blue in Nashville. The pair were discussing Holifield’s history with an eating disorder and decided to channel the energy into a song about not wanting to feel things.

“I’ve never really been able to write in a way that isn’t super honest. Someone was recently saying she’s noticed a shift in my writing. The first songs were really me writing as this way of salvation. It was a way of survival to write and create,” Lindsay explains, “There’s been a shift over the last few months, and I think “Ghost Girl” is a part of that, of writing out of this place of joy, creation, and more imagination. The song is still dark - it’s not suddenly this bright, shiny thing - but I think there is a shift.”

Lindsay Holifield has found light in music and transparency and plans to continue pushing forward in this pursuit. She also seems happy to be doing it in the Magic City. “I found my roots here. I worked for about a year at Mason Music, and got to know a lot of really cool Birmingham musicians who also teach. That has been a joy to see these people who are doing cool work. I love it so far. I love what I know of this place and these people.”

The feeling is mutual, Lindsay. We can’t wait to see more from this great artist.