Little Raine Band Celebrates Release of “Beyond The Cave” 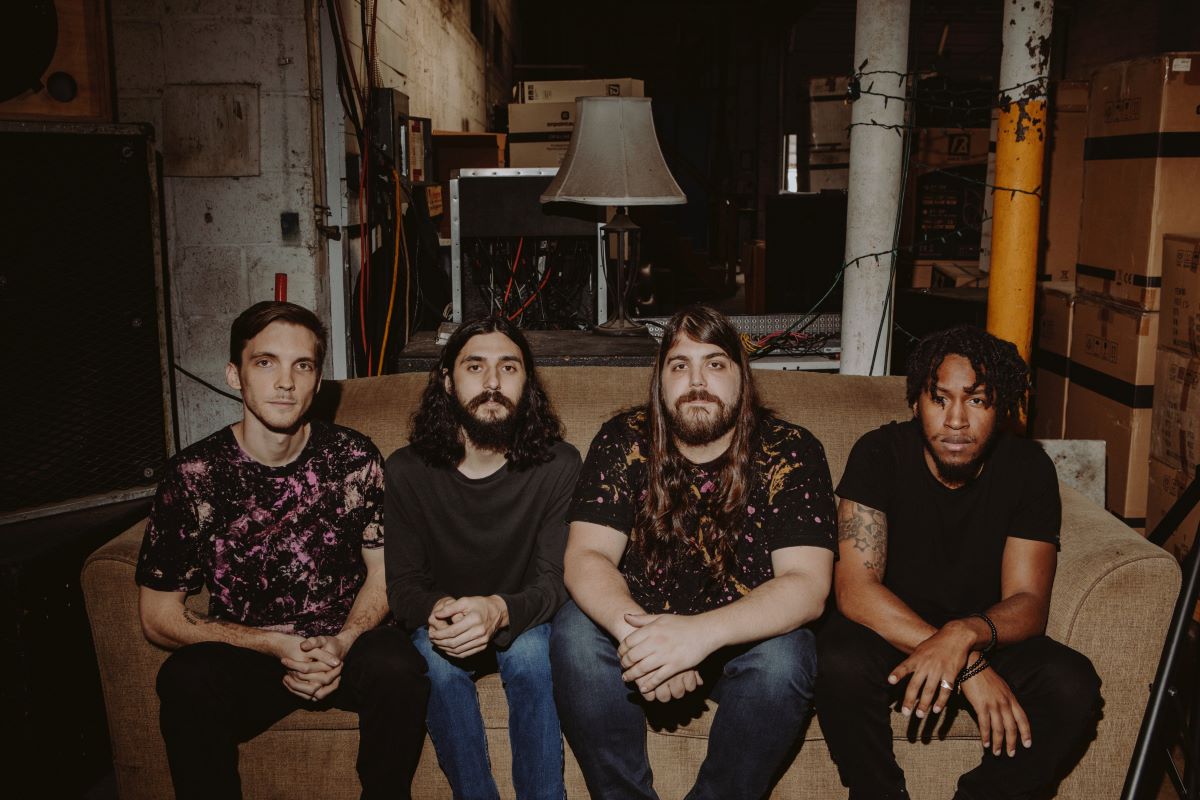 Little Raine Band has been jamming in venues and across radio waves in Birmingham and beyond for over a decade now, and the band is entering a new realm of music goodness with today’s release of “Beyond The Cave”! The band will celebrate the release of their latest masterpiece at Saturn Friday evening, and the guys are ready to get back to playing in front of their hometown. The current collective of Davis Little (guitar/vocals), Daniel Raine (keyboard/vocals), Isaiah Smith (bass), and Charles Gray (drums) feels like they’ve put out their best work yet with this new album, and the Saturn show will be a celebration of this return to groovin music.

The album is the most mature yet from a band that has played together through nearly every stage of life. “Me and Daniel, we’ve known each other for a long time,” Davis shares, “We were actually in the same kindergarten class together, so we’ve really known each other for a while and started playing music in 9th grade or something like that together.” They began with weekly shows at Pablo’s in Lee Branch, and “eventually it turned into a band.” The friends first seriously committed to the idea as seniors in high school, with Daniel playing bass and another drummer behind the kit. “We’ve probably been a band with Isaiah and everybody since 2012, 2013. So it’s almost been about 10 years,” Raine reflects. They’ve had a few different drummers in that time span, and their sound is constantly taking on new incarnations.

The latest album has a blend of Justin Sledge and Charles, who was with the band for about a year before transitioning to full-time drummer, on the tracks. “We’re really excited about it because both those guys kill it,” the band shares. That wasn’t the only change, as Little Raine Band went from the Ol Elegante studios in Homewood where they recorded their first album to Boutwell Studio with Brad Lyons. “He did a great job. It was a pleasure working with him,” LRB recalls. The album took a while to put together, and really hit a production groove towards the end of last year. While the pace of creating may have frustrated younger versions of themselves, the time it took to make their third album felt just right in 2022.

“It was kind of a lengthy process of making it, but I think that was intentional a little bit,” Little shares, “It’s like ‘Well, we got the time.’ There’s no rush to have a tour right now because it’s probably all going to get canceled. It was kind of fun in that regard of everything we know as music industry rules has been dissolved and it’s like ‘Here you go, make an album.’” When it came to creating, the band leaned into their growth as artists and the shared struggles we all endured over the last two years to create an uplifting, conceptual classic. “This album was a lot different than any other,” Davis comments, “On our first album, we were not even old enough to legally drink when we made it. Now we’re going on 30 and I feel the songs are more mature, truly. And then other than that, as soon as we started this thing was right as the pandemic happened.” The whole industry shifted. The band’s booking agent and manager both eventually got too busy with all the changes and had to part ways with the musicians-but they still had the studio and they had their creations. “We just kind of regrouped with this album.”

Every song made by the Little Raine Band goes through a similar process. One member will “bring a song to the table individually then go about it instrumentally where everybody puts in their own two cents and we meld it into the song that it becomes.” The entire concept is based on understanding that you are creating something new together. The lyrics, and overall theme, of this album have a more direct inspiration than past creations. “Beyond The Cave” pays homage to Plato’s “The Allegory of the Cave”. The band explains “That’s a story that we’ve always resonated with and we’ve talked about in the band, and it seems super relative right now in the world where we are. A lot of the lyrics and a lot of the songs play off the vein in some way.” Topics like where to find the truth and what that even means are explored throughout the musical adventure. “The lyrics on this album are a little bit deeper and they hit deeper I think for everybody going through the same pandemic and that same hard time,” Raine explains, “Not to say they are all sad or anything but more inspirational for the future.”

Little Raine Band didn’t select any singles for this album, instead deciding that viewers deserve to enjoy the full experience while determining their own favorites. One of the most cherished songs on the album is “New Beginnings”, which the band has recorded in studio sessions multiple times but never added to a previous record. “It was worth the wait. It’s funny how those things kind of work out. It’s like the universe was like ‘No, it’s not ready yet,;” the band shares,  “And it really is more relevant and fits in with this album a lot better. That song in particular.” The experience they’ve acquired in musical careers has also elevated songs like “New Beginnings” as the band now adds more intricate details like piano and guitar interplay to elevate already wonderful music.

The band is thrilled to return to the Saturn stage, after their previous two shows scheduled at the venue were delayed by the pandemic. “I’m really excited to play on Friday. It feels like it’s been two years in the making just for that one show in particular,” Little shares. Little Raine Band is bringing their friends Tragic City to celebrate the album release with them, and says fans should expect some collaborations between the two groups. “Playing live is definitely like a spiritual thing. It’s not like I want someone to have a crazy spiritual moment, but if someone’s new to the show I hope that they feel something,” Davis goes on to say. Live shows are such an important part of the LRB experience, and we’re all glad they are back in business. The band also recently did an album release show at The 5 Spot in Nashville and are traveling to Asheville’s famously rowdy The One Spot at Asheville Music Hall Saturday. They will be announcing more shows over the summer, along with new recordings and a vinyl release. For now, the band says buying the album, streaming it online, and purchasing merch is a great way to support the group. As Daniel puts it: “If you dig the music, listen to it.”

Little Raine Band has become a common name in music lover’s circles across the nation, but the group is thankful they had the Magic City to find their sound in. “It kind of sets Birmingham apart from a lot of bigger cities that are music cities. The way that the musicians support each other, dig each other's music, and are really kind and supportive of each other. That’s one thing that you don’t really see in other cities. It can be a lot more cutthroat and competitive in that way, and in Birmingham there’s so much talent and we see that amongst our friends,” the band shares, “It’s really that kind of collective vibe where we’re all trying to help each other out and see each other grow.”

We agree, and we can’t wait to jam to Little Raine Band’s growth on their latest album, “Beyond The Cave”, tonight at Saturn!