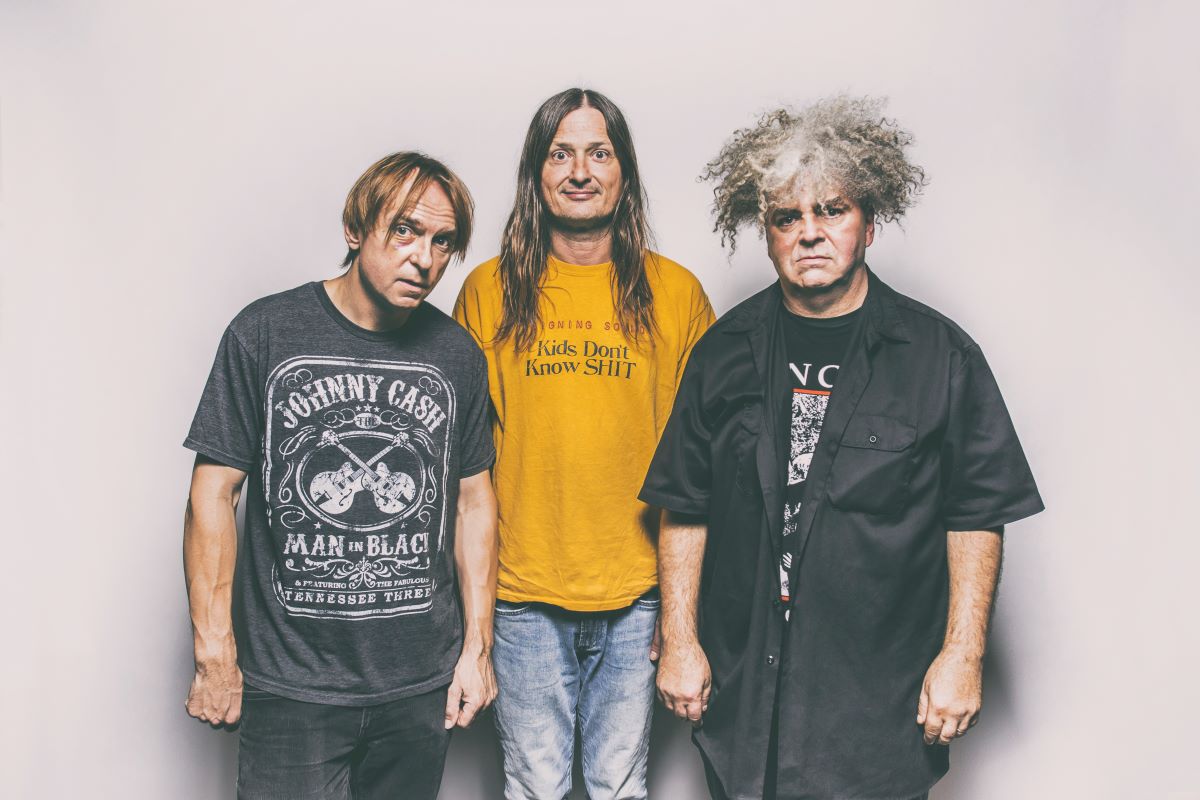 Melvins are known for creating musical genres that go on to sweep the nation, and playing a fantastic live show. The audio innovators can safely say they’ve helped shape the sound of music over multiple decades and continue to put out great albums at an impressive pace. Buzz Osborne (guitarist and vocalist), Dale Crover (drums), and Steven McDonald (bass) are bringing the Melvins experience to Saturn on Wednesday night (June 22nd). I was able to speak with Buzz about the show, and he was quick to check in on our fair city.

Osborne asked how the Vulcan has been doing, and I shared that the god of fire and forge was still proudly looking over the people of Birmingham. “Is that true that when somebody dies on the road they change the color of the torch?” King Buzzo questions, “I think it’s true.” The inquiry brought old memories from my childhood but I couldn’t recall what was accurate. After a short roasting and a turn to my social media friends and family for more information, I was informed that the Vulcan’s torch used to be more of a flashlight of sorts that was usually green but would turn red after someone passed away in a car accident. The light is currently found in the museum. Buzz had a better memory than me about the city I grew up in, but on to music.

A normal year for Melvins contains anywhere between 80 to 100 concerts, but the band soon found themselves in a stationary setting during the pandemic. “It’s the longest I’ve ever been home in more than 30 years,” Osborne reflects. Touring and recording are crucial components of a consistent band, and Melvins have always dedicated themselves to both. While the touring was put on pause the band released their 24th and 25th albums in 2021, Working with God and Five Legged Dog (Melvins’ first acoustic album).

When asked how the band continues to stay innovative after more than two dozen albums, Osborne shares “the hardest part is trying to figure out what you want to do, not doing it. Once you figure out what you want to do it comes relatively quickly. The guys I play with are good players, and that makes it easier. It’s a lot of songs. I think we’ve written and recorded over 500 songs.”

Melvins got back on the road earlier this year when they joined Ministry’s “The Industrial Strength” tour with Corrosion of Conformity. They are now headlining The Electric Tour with Helms Alee and Harsh Mellow opening, and Birmingham is an early stop on the nation-covering adventure. The band is readily back to their usual routine on the road, with Osborne joking “I’m not ready to hang it up just yet, maybe next week.” The Melvins are playing some songs live for the first time during this show run, which is just one of many feelings two years in the making.

“I like to think that we do a good job for people. Give them their money’s worth,” King Buzz shares on what he hopes a show entails for a fan, “Art is something you do extra in your life. You go enjoy art when you’re done with everything else, so hopefully we can provide them with something they don’t get in their everyday life. That’s really the ultimate goal. That’s it. You try to accomplish that.”