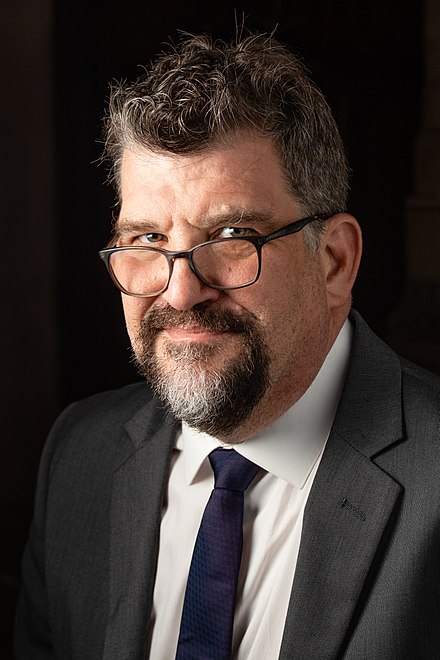 Welcome to “My Perfect Birmingham Saturday,” a column where About Town asks Birmingham residents from different walks of life how they would spend a Saturday in the Magic City if they had it their way (and COVID notwithstanding).

When John Archibald isn’t penning Pulitzer Prize-winning columns or publishing books (like the recently released tome Shaking the Gates of Hell: A Search for Family and Truth in the Wake of the Civil Rights Revolution, released earlier this year), you’ll likely find him walking his dogs or grabbing a bite to eat at a spot like Yo Mama’s, with a touch of basketball and grocery shopping in between. A resident of Birmingham since his high school days, John knows this city and writes about it enthusiastically. Read on to learn how John would plan his Saturday.

Realistically, the thing I do first is walk the dogs and take them to the dog park. George Ward Park has been one of my favorite places over the years; one of my dogs, Barney, followed me home [from there] on the day of my dad’s funeral. He was abandoned in the park and inserted himself into our lives. We felt like we couldn’t get rid of him – he was emaciated and covered in bugs. He’s proven to be a loyal companion. We’ve had him since 2013, and he demands that we walk or go to the park all the time, so that’s the first thing I’m going to do.

If it’s Saturday, I’ll go play basketball right after that with a bunch of guys I’ve been playing with for 10 years. We play at a gym in Crestline, and it’s the highlight of my week, honestly, even though I’m getting old and not any good anymore. It’s still a lot of fun.

After that, I’ll go to the grocery store, and, since I’m in Crestline, I’ll go over to the Piggly Wiggly in Mountain Brook. A lot of people that used to work at the Western in Mountain Brook are over there, and I have a routine of going over there after basketball. My wife has celiac disease and can’t have gluten, and they have a great supply of breads others don’t have.

If we’re going to go out and eat, my favorite place is The Fish Market. I’ve been eating there since the 1980s and it has a distinctly local flair to me, and I appreciate that. I love Niki’s West, not so much for the food, but just because of the experience. It’s one of those places where the whole city comes on any given day – it’s the most diverse place in town, and you’re going to see people of all descriptions being told like the Soup Nazi to “hurry it up.” The sheer volume of food they serve in that place is one of the wonders of the Birmingham world to me. The Bright Star is a place I haven’t been in too long, frankly, but, when I was trying to describe to somebody the other day what snapper throats were, they looked at me like I was crazy. There are a lot of other things there, too; it’s good.

Then I might walk the Vulcan Trail. I like to go to Red Mountain Park, or Ruffner Mountain. What we have here in terms of parks is quite amazing. If you want to go hiking or walking, there’s lots of opportunities.

Not all bookstores are open these days, but it’ll be soon. Alabama Booksmith is one of my favorite places, too. Jake down there is amazing. He can tell you anything you want to know about books. A bunch of local bookstores can do that – Little Professor, Thank You Books.

I haven’t been to a concert in a year and a half now, but it’s always good to go to places like Iron City and hear somebody. Saturn has good shows. I’m more of an intimate kind of music venue place than an arena guy. But I have seen a lot of good shows at the BJCC, too.

The restaurants are never ending – I like Highlands like everyone else, but I don’t go a lot. Café Dupont doesn’t get a lot of credit for doing what they do. The food is as good as anybody’s. I appreciate that. I have to give a nod to Yo Mama’s downtown. My wife has celiac disease, and if she eats gluten, she gets sick. A lot [of restaurants] don’t understand the difference between it being a fad thing and it really making you sick. Yo Mama’s does a great job and is sensitive to people who have allergies and worse. I think those guys are great. Imagine going to get hot wings and waffles that are gluten free in Birmingham, Alabama, that taste delicious and are amazing. A lot of things are built around accommodating her, and my daughter has celiac disease, too; it’s not a big thing to some people, but it’s a big thing to us. I don’t know how they do it [at Yo Mama’s] – they are very friendly and remember you, and I really, really appreciate them.