The Birmingham artist shares the inspiration for their latest creative venture. 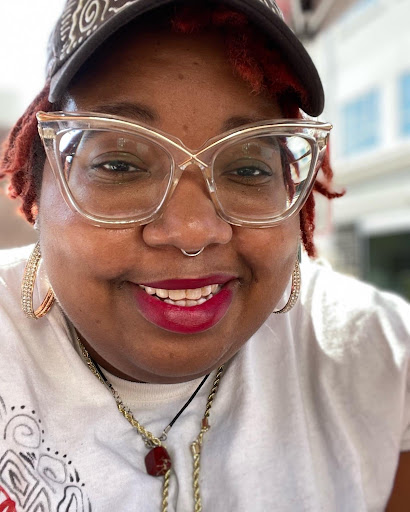 Telysa Pride continues to bring new creative endeavors to the people of Birmingham. The Magic City artist, who is known to many through her business endeavor Pride Graphix, has provided brightly colored shirts, paintings, prints, stickers, and more through her website and at pop-ups since May of 2015, but took things to a new level with the recent release of her coloring book series. The latest, a birthday edition, can currently be found on Amazon.

Telysa has enjoyed a passion for art since she was in elementary school. This love would guide her to achieve an associates in art at a community college before going to the University of Montevallo to study graphic design. The forming of Pride Graphix after graduating allowed her to create digital art and logos for a variety of clients, which has grown her following tremendously. While working for these clients, Telysa also decided she wanted to lean back into her love of traditional art as well.

The result of this creative medley is a string of ideas that make Pride Graphix much more fun than your average business. One of her latest creative pursuits is the coloring book series, which saw its second release on December 25. The latest book features 32 pages of fun, which is also Telysa’s current age! She is working on the third book now, and will re-release the first edition in the near future as well.

The idea came from Telysa’s determination to provide her customers a way to create their own bright versions of the art they love so much. She quickly got to work printing, binding, designing, and more to create the first edition–which became an instant hit. The second edition brings more pages, more affordability, and an easier printing process for the rising creative.

“I like my artwork to bring happiness. My artwork is colorful and bright, so pretty much I want to bring how I feel–which is inspired and creative–to people. I just try to think of new things that are inspirational,” she says.

In addition to providing inspiration for casual fans of creativity, Telysa hopes to contribute to a growing Birmingham art scene that she’s fallen in love with. “I don’t want to have to go to Atlanta to get this great art experience. We literally have it here,” the artist shares, “Everybody brings you in and you get to collaborate with people. It’s actually better than people realize. We have a great art scene.” She understands that many artists don’t have their own studio or place to mix energy with other creatives, and wants to put a focus on creating those spaces.

As Pride Graphix journeys on to their next big artististic pursuit, Telysa is simply thankful for those who’ve supported so far. She understands not everyone can afford to support financially, but words of affirmation have been just as impactful. “Anybody who has ever told me how they feel about my artwork, or what they see or how it makes them feel–it keeps me going.”

It’s certainly easy to support someone who puts so much energy into uplifting our city–and brings brightness to those who love it most. We’re thankful to have such kind-hearted, talented creatives in the Magic City.