The Birmingham musician impresses with his solo release. 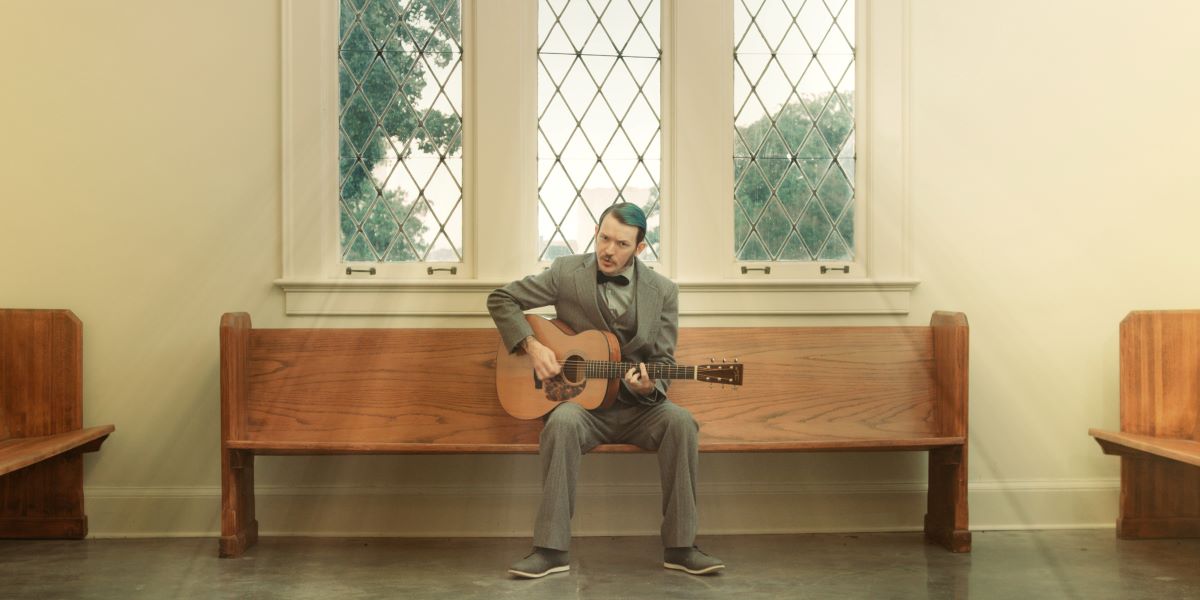 Ramblin’ Ricky Tate is a Birmingham rarity in the best of ways. The musician takes us back to the days of old with a modern twist through his solo work and as a member of the Steel City Jug Slammers. He pushes his sound’s diversity even further by playing in multiple punk rock bands in the Magic City as well. The wide variety of his musical ambitions is nowhere near the limit of Tate’s creative endeavors. Ricky is also a clay sculptor, painter, graphic designer, candlemaker, and more. He is on a music release spree, with the video for his single “Catch Some Hell” joining an exciting year that features one Steel City Jug Slammers album already released (a previously unreleased project titled “Preachin’ to the Choir” from 2015) along with another upcoming project drop and the release of the band’s single “Rounder Blues”. He can be found playing live at Rougaroux on the third Friday of every month and hosting The Alabama Jubilee variety show with the Steel City Jug Slammers at True Story Brewing on the third Saturday of each month (the next edition features the great Taylor Hollingsworth on November 19th). Tate will also soon be heard on the Shellac Stash podcast and teaches hundreds of kids around the state the history of jug band music in Alabama (emphasis on Jaybird Coleman & The Birmingham Jug Band) and the wonders of the unique genre.

Ricky Tate grew up as a fan of many genres. The heavier punk aspect of music appealed to him early in his music career, along with the blues and folk influences that many fans would recognize. The success of the Steel City Jug Slammers - which included moments on networks including NPR and Animal Planet - would open up new paths for Tate and the rest of the group. This famous lineup is the version that’s back for the Slammers in 2022, with each artist excited and bringing their own writings to the table for the collective to work on. While the success was a joy for Tate, it did make branching out to different genres more difficult for a few years.

“Before the pandemic, the Jug Slammers were so busy that I didn’t have time to do stuff like (punk rock projects). After the pandemic when everything opened back up, I had a clear and free schedule for the first time in years. With drums being my first instrument, that’s an original passion of mine so I’ve had the chance to start doing it. We had a punk reunion with one of my punk bands (Pedestrian Unrest), and since we got back together as a two-piece it was easier to organize us. We started getting more shows, then other people needed a drummer so I ended up doing several bands. I play with a band called Social Scandal sometimes and I play with Hannah (Burks)’s band Over Seasons as well.”

The solo career has been another opportunity for Ramblin’ Ricky Tate to expand his sound while getting back to making music his full-time profession. “I like to keep the raw edge of the punk influence and some of the metal influence while keeping it in a traditional blues and folk music sound,” the musician explains, “All around preservation of an older style and sound. I like to bring raw acoustic real elements. I like to record my stuff out in the world, on location a lot of the time in a field recording style. I’m highly influenced by a lot of older artists and I like to - while keeping modern - keep true to all those old formulas as well. Trying to keep a raw natural sound, real earthy.”

“Catch Some Hell”, Tate’s most recent release, is the perfect showcase of the artist’s musical ambition and the mental space in life the artist is currently inhabiting. “I look at it as kind of a redemption song. It’s the devil and you can catch some hell, but by the end of it I end up in the baptism scene. I actually ended up quitting alcohol altogether so in the video when I throw the flask - that’s real,” Tate shares, “It’s my way of purging whatever darkness I got left in me to try and have a better life and a better me basically. It’s the redemption arc - something cheesy along that line.”

When this Birmingham artist shares his song, the Magic City is what is heard. “I’m in love with the history of Birmingham. My dad was an elevator mechanic so I grew up down in the city running around the old abandoned buildings. What I do in my head is the sound to that backdrop.”

A Birmingham backdrop helped define Ramblin’ Ricky Tate’s music career and in return the musician has helped establish a thriving and diverse music scene in the city. Birmingham past and present contributing to a greater tune.

All photos and “Catch Some Hell” video shot by Jordan Hudecz