The Barons are back in full swing – well, almost

Here’s what’s different this season, and what traditions remain. 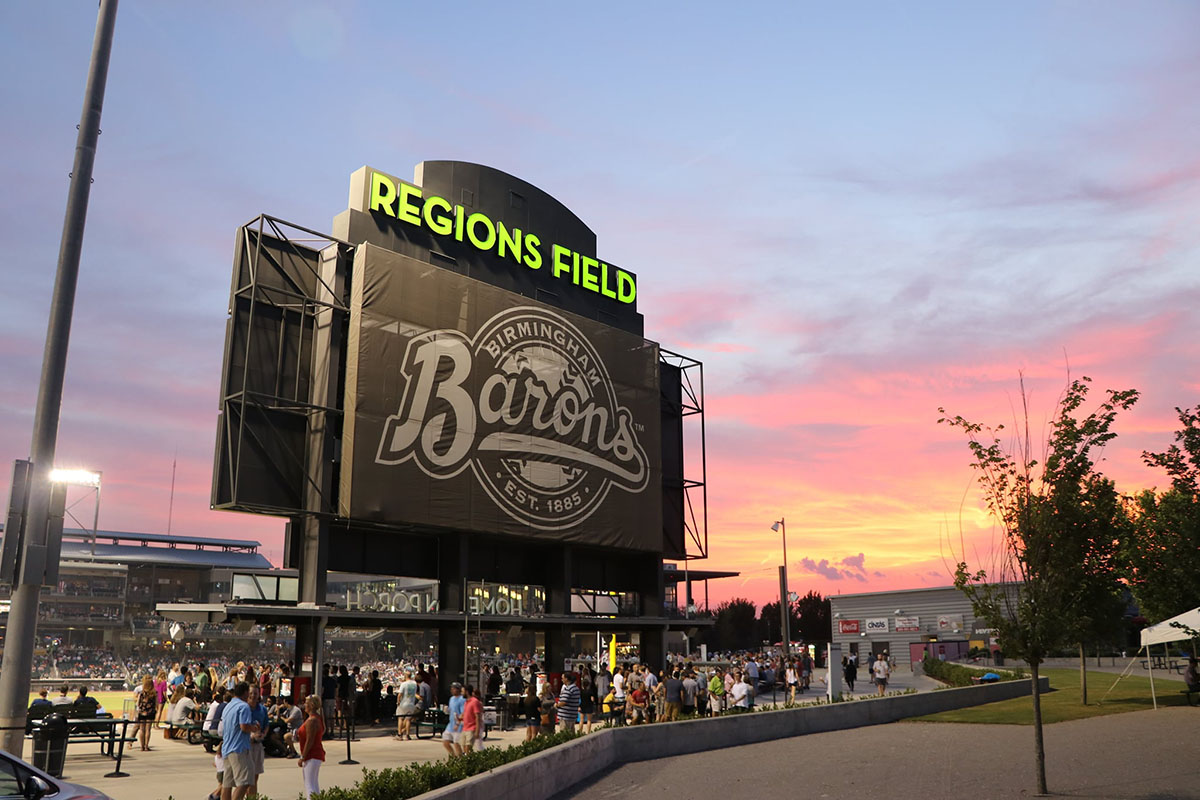 After a season away because of the pandemic, the Birmingham Barons are back on the diamond, kicking off the 2021 season last week at home in a series against the Biloxi Shuckers.

Samantha Beck, the marketing and promotions manager for the team, said prior to last week it had been 20 months without fans in the stands. And, just as fans seem eager to be back in the ballpark, Beck and the rest of the Barons staff – and especially the ballplayers – are just as excited to have a sense of normalcy again.

“It’s a different electricity in the ballpark,” she said. “Baseball is finally back, and people are excited to be coming back to the ballpark. It feels great.”

Beck said between 2,000 to 4,000 were in attendance across the season opening series’ six games. And, though baseball is back and feels familiar, Beck said that both Minor League Baseball and the City of Birmingham still have some COVID protocols in place – and that will make the season slightly different than what fans might have been used to pre-pandemic.

For example, no one but players, coaches, and officials are allowed on-field this season, she said – so that means no on-field games are allowed because of safety regulations. Those games have been moved up to the concourse and staged over in right field at the foul line area. The national anthem, previously sung on-field, is now sung from that area as well.

Fans may also notice that the popular fast-food races are currently pre-taped and shown to the fans, but Beck said these races are in talks to be brought back live.

“We’re still providing a great experience, just a little bit different than what fans are used to seeing,” Beck said. “There’s protocol we need to follow.”

Many of the promotions that fans love – think T-Shirt Tuesdays, Thirsty Thursdays, and Friday Night Fireworks – will return, and giveaways like bobbleheads will still be handed out.

The Barons will play the Chattanooga Lookouts in a home series in the week leading up to and on the Fourth of July, and, since there was no opportunity to celebrate 100 years of Negro League Baseball during the League’s centennial year in 2020, the League will be honored that week with four nights of celebrating the Birmingham Black Barons, a Negro League team that featured legends like Willie Mays and Satchel Paige. Beck said that there will be no Rickwood Classic this year, but celebrations will take place at Regions Field instead.

And instead of the season ending in early September ahead of the traditional All-Star Game, since there will be no All-Star Game or playoffs this year, fans can enjoy the Barons’ season extending into mid-September.

“It’s odd that it’s been so long since we’ve had baseball in Birmingham,” Beck said. “Twenty months feels like it’s been 10 years. A lot of people want to come out and support the Barons, which is great. This team is super exciting to watch, and the coaching staff and players are very humble and genuinely nice people. Unfortunately, we can’t allow fans to get to know them better because of protocols, but the city should be extremely excited about the group of guys we have this year.”

The Barons currently rank No. 1 in Minor League Baseball’s Double-A South and lead all of Double-A in the number of homeruns hit. And even if good baseball isn’t enough, fans can still enjoy traditions they’ve come to love at the ballpark – even if they’re slightly modified.

“Having a beer at the ballpark and bringing the family out – what could be better?” Beck said. “There’s a lot of things to be excited for this season.”

The Barons’ next home game is Tuesday, May 18 against the Montgomery Biscuits.