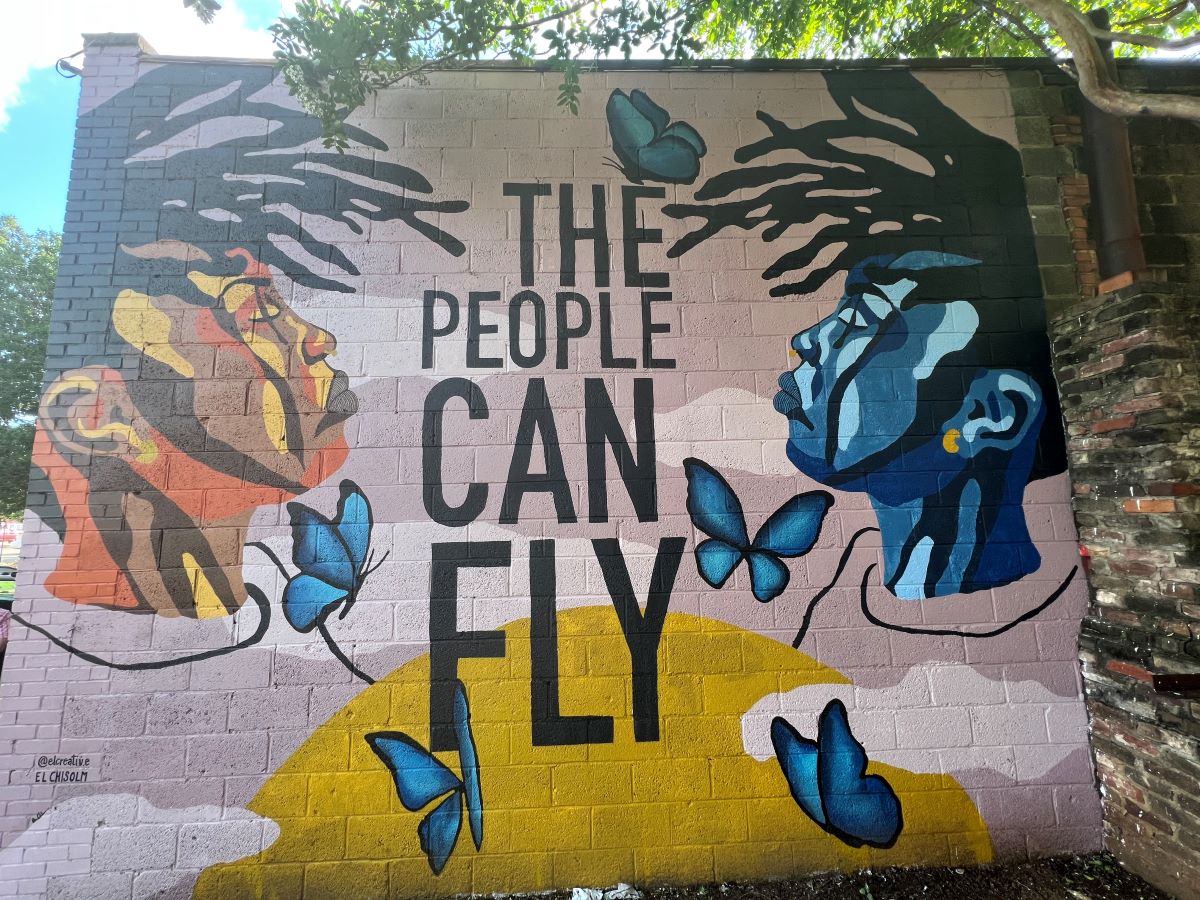 The HBCU SpringComing festival is one of the largest off-campus events that brings together HBCU alumni, students, and supporters each year, with thousands of people coming together to celebrate their schools and culture. The event lets next year’s freshman get started on taking in their school’s pride a little early, and is sure to be a wonderful experience for all who attend. The festival has traditionally taken place in New York, but moved to the Magic City for its 2022 edition. Birmingham was more than ready to host this weekend, especially with three new murals courtesy of E.L. Chisolm, Lydia Walker, and Avery Harden. Although today is the last day of SpringComing 2022, the murals continue the message for many more years.

Chisolm is the Creative Placemaking Specialist for the Historic 4th Avenue Business District, which is one of the most historic business districts in the United States. She works with Urban Impact to create art that acknowledges the area’s history, while also showing the forward motion happening in Birmingham and beyond. The theme for these three murals as part of the SpringComing is “The Overcoming.” “These murals are to display the forward movement of black people,” E.L. shares, “This is sacred ground, so much has happened here, and this is really a tribute to us still being here.” Chisolm was tasked with recruiting two other painters, and knew they needed to be Alabama-based or HBCU alumni.

She ended up partnering with Lydia (who attended Miles College in Fairfield and now works with the Birmingham Museum of Art) and Avery (a Spelman graduate born in Atlanta with family roots in Birmingham). Harden’s painting is titled “Time to Be True”, and takes an artistic look at the marriage of present and future which can feel even more important in a city with historical significance such as Birmingham.

Chisolm’s piece is inspired by the Virginia Hamilton picture book titled “The People Could Fly”. The inspiring mural continues the artist’s goal of “giving black people their identity back, because they’ve been robbed” and gives written inspiration to those who may be passing by. “I just hope that people are inspired by the work. It means a lot to me because I know when mothers are feeding their children physical food because of the food deserts…Imagine a mother trying to feed her children food and she can’t feed their souls. Once upon a time, I would have compared Birmingham to an empty refrigerator. You walk up and there’s no food, with the food being how culturally rich this place is and art-poor. We’ve been robbed. My work, I consider it to be a fine art mural if you will,” the muralist explains, “My intention of putting this piece here and those pieces there is to invite the passerby and children to see the fine arts outside a museum because your mom isn’t taking you there because she’s trying to feed you.”

Lydia also greatly values the importance of free art, and appreciates the Birmingham Museum of Art for providing free access for those who visit. “When you go to certain cities, you have to pay to see art that was made by your ancestors and things like that,” Walker shares, “Putting artwork in a public space for anybody to walk by, it broadens that visibility of who can appreciate it and who can experience the arts.” Lydia’s art shows a woman (with actual plants representing her hair) blowing onto a book that sends magical waves to a younger girl. “I was pulled into highlighting the importance of education and knowledge,” the muralist explains, “I’m touching on the idea of tapping into that hidden knowledge, getting the keys, and getting that knowledge from the source.”

These three murals have historic context but are also meant to inspire and uplift those leaving the nearby Birmingham Civil Rights Institute and Kelly Ingram Park exhibits, which can be emotionally taxing to those who come from around the world to pay tribute to our city’s civil rights heroes. They join other works in the District by E.L., Jamie Bonfiglio, and more that highlight Angela Davis and other Alabama legends. “She was a world changer. We’re all world changers. We come from the same place.”