The Birmingham musician shows off his production and lyrical talents with the 4-track project. 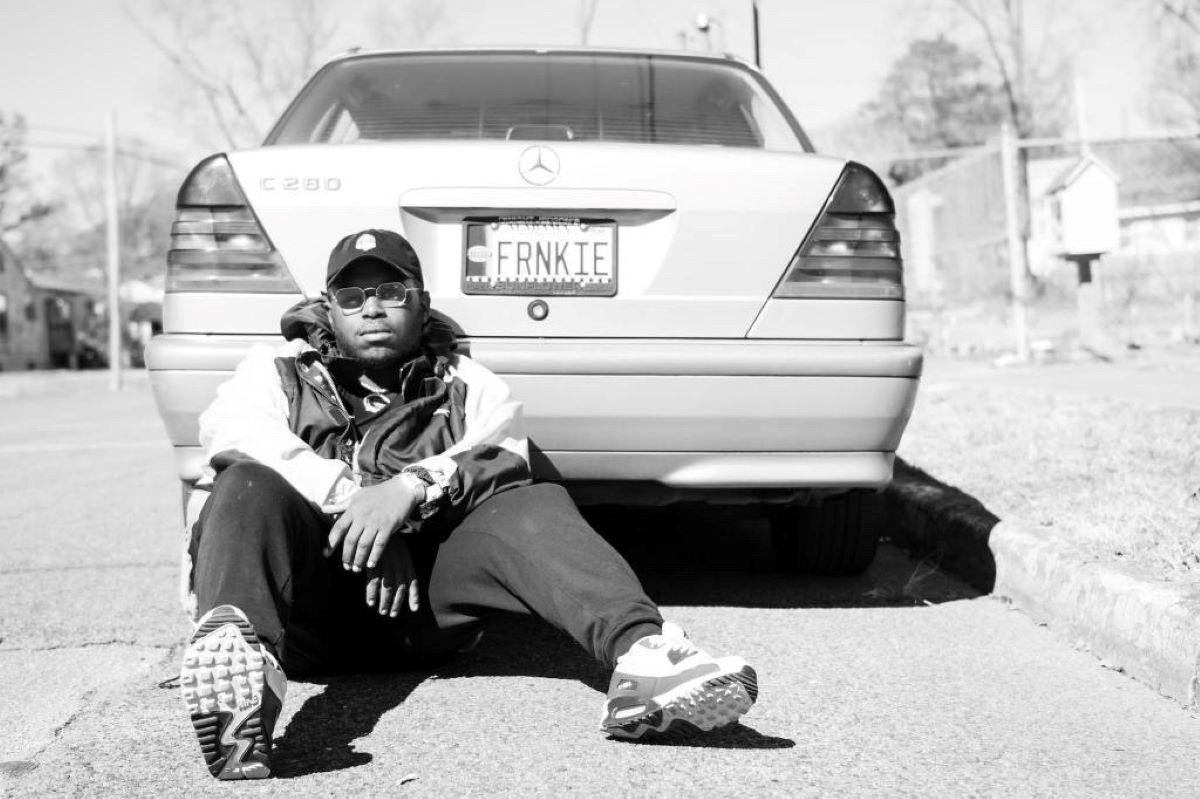 3.A.M is becoming one of the most heard musicians in the city of Birmingham. In addition to his own songs, the lyricist is also a skilled producer that can be found behind some of the best hip-hop tracks in Birmingham. His recent release, “On 2 Sum”, is a triumphant exclamation point on a praise-worthy summer that includes collaborations with city favorites like Tia Raye, 88dgrz, and 1026. The 4-track EP features 3.A.M., also known as Frankie Papino, at his most mature and focused level yet. He will next be found at a Producer Showcase at Little London hosted by Luke Crowder on August 31st. He will also be traveling to DC for a Black Party and releases more of his “Thinking Cap” merch line.

Papino seemed destined to be a Birmingham influencer from an early age. “My music career actually began when I was a kid. As early as I can remember, I was around 7, 8 years old. My dad was an audio engineer for this record company called Chips Recording Studio in Bessemer,” 3.A.M recalls, “He used to take me up there all the time and he’d let me watch him record people, mix the music, and stuff like that. I remember one time I asked him ‘Man, so what do you do? What exactly do you do?’ I remember he just told me that he makes the music sound better.” His dad worked with Birmingham greats like Red Light District and R.O.A, who had the underground hit “Giggity Bang”.

His dad didn’t just record music, he was in a Birmingham-based band with a good fan base called Black Rain. Frankie followed his father’s footsteps quickly. He was drawing crowds for rapping over table beats in 2nd grade, and started writing his rhymes by 5th. His first musical alter-ego was 300, which came after Papino’s uncle kept throwing different nicknames his way during a trip to see family in Boston. “I kinda took that name with me back downstate when we came home, and around that time I was looking at my dad recording people and I was getting into that process.” As 300 grew older, he wanted his name to have more meaning behind it. The name 3.A.M was soon born to represent one of his life’s biggest passions. “I just love music. Every day I wake up - music. I lay down - music. Eat, sleep, breathe music so I figured I would call myself 300 Avid Music,” the artist states. 300 Avid Music was then shortened down to the name that we recognize today.

The first release from 3.A.M was a tribute to the late Larry Langford, titled “Man of the City”. The song quickly drew attention on Soundcloud and blogs around the city. The track would even be put on a Magic City Classic mixtape, and Papino would return to perform at the event with Lady Woo. Next came the artist’s first complete project, the classic “Mama’s Old Records”. Papino wanted the album to highlight his production skills, but make it clear that he’s a lyricist to respect as well. “I wanted to kind of make a statement with that. As a producer, I love to sample. That’s just my big thing right there. I love to sample. I love to crate dig. My mom had this big crate of old records that her mom gave to her when she passed away. I remember as a kid looking at the vinyl covers and seeing all the different names.” Frankie creates “Mama’s Old Records” to reminisce on these times, and call back to the inspirations found on those crates from bands like Fairfield legends The Controllers.

Papino has stayed busy since his last release. He produced his closest musical partner's first rap album with Tia Raye’s “The Pop Out”, mixed two entire albums, and sang on the last track of 88dgrz’s “Evil Twin.” 3.A.M was still able to mastermind his own release in the midst of all these collaborations. The project was originally planned to be around 10 songs, but was whittled down as Papino grew as a musician in the time the completed concept took to develop.

“On 2 Sum” represents a new chapter of 3.A.M, and the artist is excited for people to listen. “I’m a huge student of music. I study a lot of music and a lot of artists. Not just rap but R&B, country, blues, alternative rock, I mean all types of music. I study it. With ‘On 2 Sum’ I wanted it to be something different, but at the same time I wanted it to be something that the culture could gravitate to when they hear it,” Papino explains, “It was time-consuming, but it was very well worth it. Especially with it being a presentation of who I am today and who I’m going to be in the near future. It’s only going to set it up for an even better story.”

While his Birmingham fanbase is constantly growing, 3.A.M also has his eyes set beyond the city - but only to help bring the connections back. The musician has been networking in states like New York and Ohio with the intention of opening up pathways to success for others in the city. 3.A.M’s merch brand, “Thinking Cap”, provides more insights into the artist’s thought process. “That was derived from a whole bunch of circumstances in my life that I needed to overcome. In order for me to do that, of course you have to think. You have to become a critical thinker. You know, put on your thinking cap,” he states, “Every day that I wake up I do know that I have challenges I have to face, but as long as I put on my thinking cap I’ll get it done.”

Every action Papino takes is with a bigger collective in mind. He encourages anyone wanting to collaborate or share a vision to come and greet him. “Everything that I do is for the culture. That’s what we are about. We’re about empowering our people and making sure our people stay empowered, not only through love but through hard work, skills, and critical thinking. I believe with all that we have we can come together and skyrocket to a different level. Let’s get together, let’s talk about it after the show. Tell me something. I want to get to know more of my people, as much as I want them to get to know me as an artist,” 3.A.M shares. He wants to show other artists that any dream is possible.

“It’s setting a standard as far as doing what you can do. Doing what you know you can do, what you believe you can do. One thing my dad always told me is that I can do anything I want to do, all I have to do is put my mind to it. I want to be a leading example of that. Last year I had one of the biggest life-changing moments for me. I was actually in a motorcycle accident and going through some emotional times. Just a lot of downfalls last year, but one thing that it taught me was to always move forward and keep your chin up and keep pushing through. Even through the toughest times. It may seem like there’s not a light at the end but once you get there it’s brighter than you think.”

We are thankful 3.A.M keeps pushing forward, and that he makes great music while doing so.