The West End restaurant is officially open for business 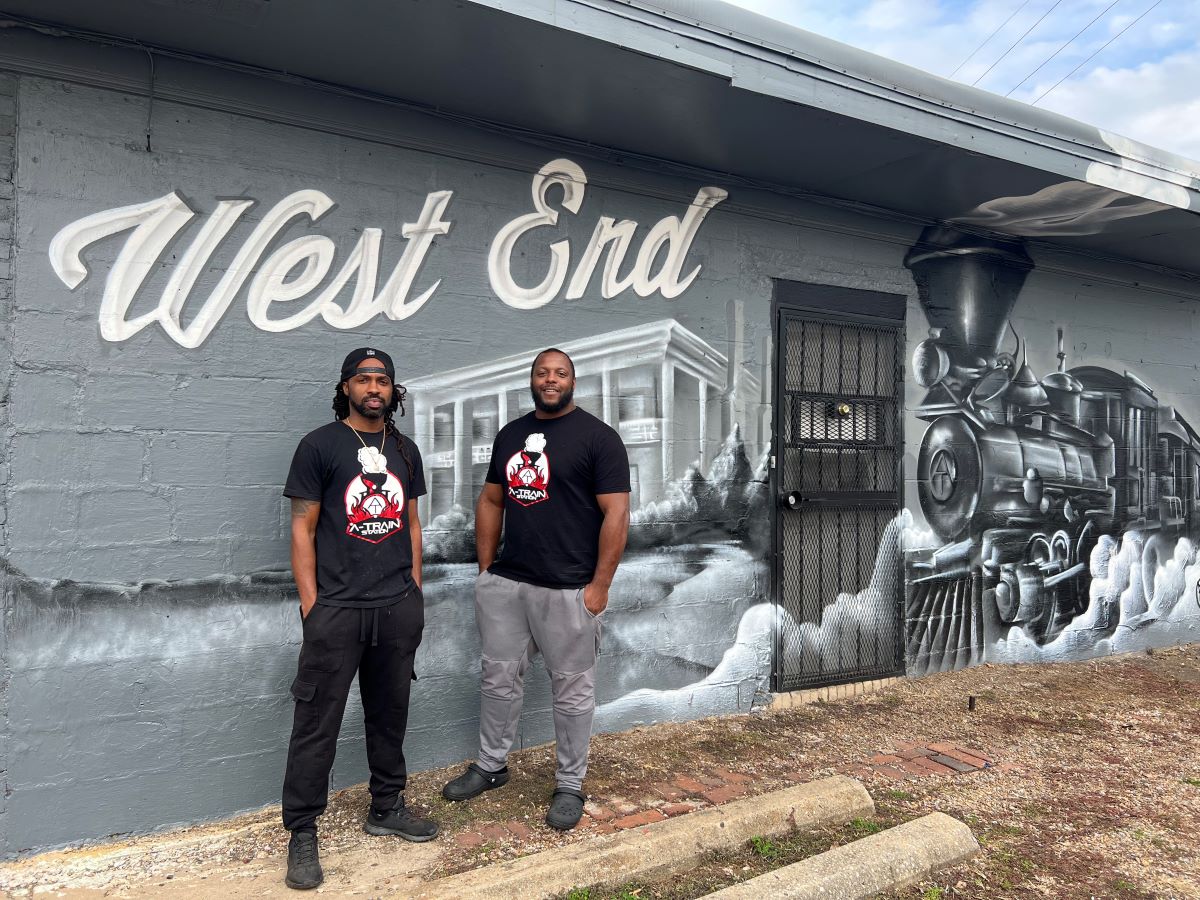 The A-Train Station food truck has become one of the most popular eating destinations in the Magic City. The restaurant’s creative takes on quesadillas, loaded fries, Philly cheesesteaks, wings, and more have created a lot of enthusiasm from Alabama food lovers. Things recently became even tastier in Birmingham with the recent opening of A-Train Express, the company’s first brick-and-mortar which is located in the West End community.

Anthony Harris, Careese Agee, and Theodore Essex have found quick success through hard work and a shared vision, and are happy to open their first permanent location in the area that some of the business partners grew up in. “It really hit home hard. Just to bring something to this community - something positive,” Agee reflects, “I would like for younger kids that when they look at us, or look at A-Train, they can say ‘Hey, anything’s possible.’ We can grow for ourselves. We want to be an inspiration to others.”

The award-winning food concept first began in Anthony's hometown of Demopolis in 2017. Harris soon connected with Agee and Essex and the trio put a focus on the Birmingham area. “We sat down and mapped everything out and the rest is history,” Harris shares. They honed in on the Magic City in 2020 and found quick success. “(It was) three guys partnering up together to achieve a common goal. Us having the same dream and the same vision helped us push it along a lot faster,” the A-Train team shares, “We’ve covered a lot of ground within a two-year span, so we’re definitely proud of that. All blessings to God everything just came about. All the people that helped us and guided us along the way - it’s been a great journey.”

Great food created by dedicated people makes for a winning recipe in Birmingham, and A-Train’s menu is an indicator of the good things awaiting those that put their trust in this rising restaurant. “We sell a lot of quesadillas. Right now the Philly Quesadilla is on fire,” Harris shares, “Chicken Bacon Ranch Quesadilla. The wings are very flavorful. The Train Wreck House Blend - we sell a lot of those as well. And definitely the Cajun Ranch Okra on the side.”

The entrepreneurial trio was content with their food truck success, but soon an additional calling would be thrust upon them - the restaurant’s first brick-and-mortar location. “This building just kind of fell in our laps. The owner in the neighborhood wanted some good food. He had been to the truck a few times and knew the quality of our food. Everything’s in God’s plan. It just worked out the way it worked out.”

The restaurant celebrated its Soft Opening earlier in November with family, close friends, and people from the West End neighborhood. The building conveniently stands right next to a train track and features a beautiful mural by Dewon Moton highlighting both A-Train and West End’s history. “We wanted to add a little flavor to the building and create a staple in the community,” Harris shares, “By the grace of God we actually ended up with a building on the train track named A-Train.”

The brick-and-mortar doubles in duty as the food truck’s new commissary, and the A-Train team recently got a trailer to more easily extend their reach across Alabama to cities including Montgomery, Tuscaloosa, and a return to Anthony’s hometown in Demopolis. While things are expanding beyond the Greater Bham Metro, the A-Train team will never forget the city that first showed them such pure love.

“They call it the Magic City for a reason. Everything has truly been magical,” the A-Train crew reflects, “We tried it out in a couple of different places, but Birmingham ended up being home just because of the love and support we’ve got. They’ve embraced us and they’ve been with us through the whole process. Birmingham is definitely home.”

We are thankful that caring entrepreneurs feel the love here, and can’t wait to make our way back to the new location for more Buffalo Chicken Quesadillas with Cajun Ranch Okra!