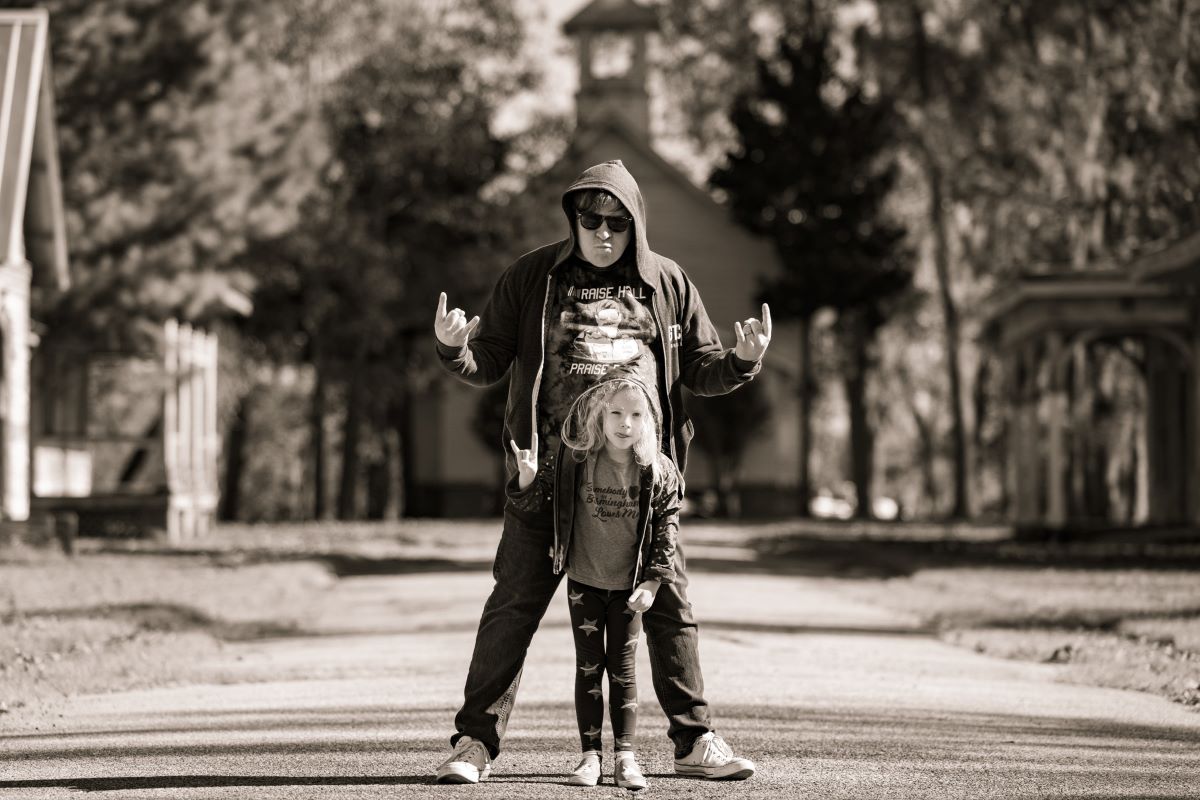 Justin Stokes and Stokehold Art have been making their artistic presence felt all throughout the Magic City and into the Southeast. Since recommitting to the craft in 2017, Stokes has gone on to create classic show posters in the city in addition to featuring his work at some of the best music and art hybrid events across the Southeast. He’s also been having a blast making tunes with his daughter, which will be featured on cassettes that will soon be found at Birmingham Oddities. Stokehold Art can also be found at Little London for bhamstands and Luke Crowder’s Producer Showcase on June 8th, the Art and Oddities Market at True Story on June 9th, and the Nashville Punk Rock Flea Market on June 11th (which he made the promotional poster for).

Stokehold Art contains pop culture references, humorous pieces, darker odes, and everything in between. According to their creator, they all share a common thread. Justin has always had an interest in learning about different languages and how they developed. “One thing in particular I’m fond of is finding phrases that aren’t translatable or don’t have a direct translation,” the artist explains. One of his favorites is the Japanese phrase “Mono No Aware” which roughly translates to that feeling you get when you know something is temporary in a way that finds beauty in the time you do have. “It’s kind of melancholy but tied to understanding that that’s the way things are.” Stokes used the great example of Alabama football fans knowing Nick Saban won’t always be their coach, but enjoying the dynasty he’s created while it’s here. This “Mono No Aware” feeling is on Justin’s mind every time he puts brush to canvas.

Another way Stokes words his motivation is “optimistic nihilism” or  “not letting the hard things cause us so much despair that we can’t go on.” Everything he creates is its own unique wonder made in a certain headspace and time, but they all share the same guiding principles. “It’s been a learning curve. I went all-in when I got back into it,” Stokes shares of his return to artistry. Event hosts around the Southeast have noticed his work as Stokehold recently partnered with Art By Burx to create the recent Punk Rock Art Show flier amongst other exciting ventures.

“There’s a really good underground moment right now with a lot of artists in Birmingham, and I’m lucky to be a part of that,” Stokehold Art shares, “Getting to be a part of all these various things where there’s a positive spirit. Art being made. Music being made. People talking about things that matter. That’s really important to me so I’ve never really entertained the idea of going elsewhere.”