The Birmingham producer discusses his beat tape series, along with other scoring and production endeavors. 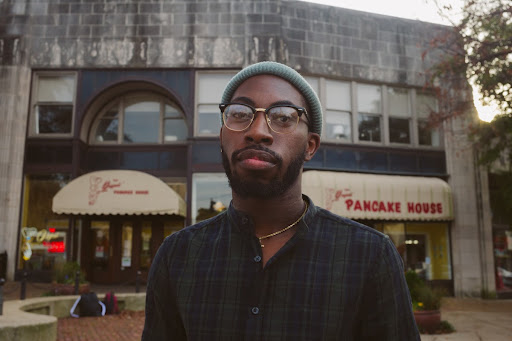 Classified Alias is an artist on the rise. The Birmingham producer has methodically expanded his influence in the Magic City and beyond over the last few years, and has more creative ventures for the near future. He’s jumped headfirst into scoring visual projects and collaborating with other producers, amongst other exciting developments. The most recent example of his audio brilliance comes with the release of “Hero’s Journey III”, the third chapter of a four-part beat tape series.

The idea for the “Hero’s Journey” series came while Classified Alias, known to friends and family as Jacob Guyton, was in the studio with some musical peers. He wanted to tell a story that made the listener feel like they were watching a movie–but without any words. As Guyton points out, hip-hop artists and other vocal musicians are able to tell you a storyline directly, “but when I’m making music with no words I’m creating a feeling and whatever emotions those sounds invoke in you is what you get from it. So it leaves it kinda open for people to take it how they take it.” The story inspiration is taken from different moments in his life, but the listener can find their own tale in the music.

Not only is the idea a fun one–the project sounds incredible. Like previous releases, the three songs found on the third installment of the series are pleasant reminders of how beautiful this thing called music can be. Horns overlap with piano keys and magnificent beats to put the listener in an entirely different world. Alternate realities are formed through soundwaves, and they are exhilarating to explore.

The series brings more of the high-quality videos that fans of Classified Alias have come to expect. The producer says he feels blessed to work with such talented video production groupthat take the time to work with him through ideas and teach him parts of the process. Part 4 of the series will be coming out later this year, and Guyton also has tons of collaborative songs with Birmingham musicians on his hard drive that he will be steadily releasing throughout the year. No matter what, Jacob’s just happy to be creating. “I’m still working every day. As long as I’m able to do it, I’ll do it.”

This passion isn’t new. Classified Alias has had a love for the arts since he was a child. One day while in church during the third grade, he heard of free lessons at the Carver Theater that were happening that summer, and asked his parents if he could attend. They supported the passion, and from there a young Jacob “just fell in love with creating music.” This passion was further kindled when his cousin and uncle started showing him how to produce as a high schooler.

During his last year of college at the University of Montevallo in 2015, Jacob decided to really invest in his craft. He had the support of his family and friends in pursuing this endeavor, and was ready to hit the ground running. He found success in selling beats and providing production for local artists, and soon decided he’d like to start acting on his own ideas from start to finish. This brought well-received tracks like “Just Say Yes” with Love Moor and Paco of The Monastery, and let Jacob take his craft to an entirely new level.

He’s now finding joy in scoring, something he’s been interested in since a young age. He was approached by dancer and choreographer Bria J. Tyner to provide the music for her capstone performance, Drifting Circles, at The University of Alabama. Tyner provided the storyline and the two worked together to create a very well-received performance. He’s also collaborating more with other producers, which has “been real opening because I’m learning a lot of different perspectives.” Guyton’s used to being the only one in the driver’s seat when it comes to production, so the merging of minds on tracks brings fresh concepts.

Alias is happy to see his city grow and honored by the support. “Being from Ensley and having a lot of family here. Seeing the culture grow has been pretty cool,” the producer reflects, acknowledging that nobody is obligated to support him but his family, his community, and the city of Birmingham keep making an active choice to do exactly that. “I’m doing what I love. I’m not doing it for the money at all. If I never got a dollar from this I would still do it just as much as I do now. I love it,” he shares. “It just so happens that I can make a living and take care of my family by doing it. I’m just super grateful.” We’re grateful for the music and the heart Classified Alias brings to Birmingham and beyond.