The city at the heart of the Civil Rights Movement has many ways to honor the nation-changing figure today. 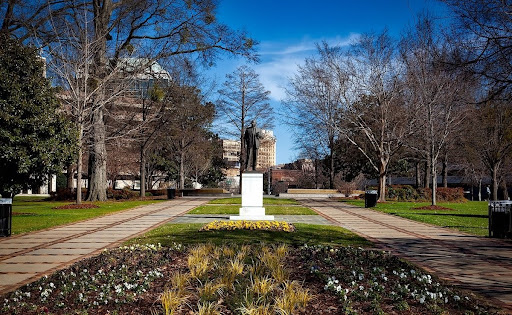 Today our nation honors a man who lived and died over the belief that the United States could be a unified, non-racist country that put the working man first. Someone who actively chose to sacrifice their own joy and peace of mind in exchange for constant work, stress, attacks, and scrutiny by everyone from the media to the FBI. Today, we honor the Reverend Martin Luther King, Jr.

How can we rightfully honor such a tremendous legacy? What can we learn from his needlessly shortened time on this earth to improve our own communities and lessen the continued impact of our country’s hateful past? These questions can’t be figured out in a day, but today is a great day to reflect. King spent much of his activist energy in Alabama and Birmingham facing violent Klan bombs and dark nights behind unjust jail bars. There is a live performance of Nina Simone singing “Mississippi Goddam,” a song written after the 16th Street Baptist Church bombing, shortly after Martin Luther King Jr. dies that tragically yet masterfully ties together the shared impact of these overlapping legacies.

For all the hatred he faced in our city, King and the movement also had massive amounts of organized and inspired supporters of righteously motivated youth and adults ready to change the nation alongside him–many are still here speaking up today. It is an honor to be surrounded by nation-changers who contain the same energy and experiences as Martin Luther King, Jr., and no matter what you choose to do with your time today we would encourage you to keep these residents in your mind and heart. Here are a few other things that are happening throughout the city.

There is no better place in our city to learn of Martin Luther King Jr. 's impact than the Birmingham Civil Rights Institute which will once again make gallery tours free on this annual day of remembrance along with a full day of visual displays, music, panels, and more. The museum opens for self-guided tours at 9 a.m., with the various events beginning one hour later. Choirs and West African drumming, a book signing by Ashley Jones, discussions with Harvard interns, and a collaborative reading of “Letter From A Birmingham Jail” will all be included.

What better way to honor a man who gave nearly every ounce of his time and energy to better the world around him, than to do something to help our community on the day named after him? United Way of Central Alabama has a wonderful page that allows residents of the Magic City to sign-up for volunteer work throughout the 17th. Many involve clean-up and other lancescape-type work, and all uplift our city. We would encourage residents to follow United Way and the many other Birmingham nonprofits on social media and through email newsletters to stay updated on how you can help throughout the year as well if you feel so called.

King spent many hours behind unjust bars for peacefully demanding basic equal treatment, and continued to push through despite those moments to create true change. Jails and prisons remain a focus of the nation’s civil rights activists today as more Americans than ever can relate to the dark, closed-off feelings that MLK Jr. must have felt in those cells, but there are ways you can help make their lives easier. As King wrote from a Birmingham jail, we can help others find light through literature today. The book drive is hosted by YouthServe in support of Books 2 Prisons, a nonprofit currently housed by Canterbury United Methodist Church, and local bookstore Thank You Books will be assisting the effort!

Alabama Audubon is an important organization in our state. While their official mission is “to promote conservation and a greater knowledge of birds, their habitats, and the natural world”, the nonprofit also actively works to create a more equitable community around them. They will be rolling their sleeves up once again today at W.E. Putnam Middle School to clear invasive plant species to create a much-needed urban home for majestic creatures like red-tailed hawks and climate-endangered brown-headed nuthatches.

Support Those Continuing His Legacy, and Speak Up For Justice Daily

Martin Luther King, Jr. did the seemingly impossible to transform our nation into a better version of itself, but his life–like many others–was cut short before he could see the end of his dream. Thankfully, the baton of radical justice has never been dropped. It was carried throughout the decades and is in the hands of several leaders across the country today–including many in Birmingham. Star Rob with Be A Blessing Birmingham, Celida Soto with Alabama Arise and many other community organizations, Cara McClure with Faith & Works, and so many others are working every day to create a better nation that many can’t yet imagine possible but they know we can create together. They can always use a supportive hand and voice from the city that’s known to move metaphorical mountains for justice.‍