The brewery will be celebrating with a ribbon cutting December 2, with the beers on tap now. 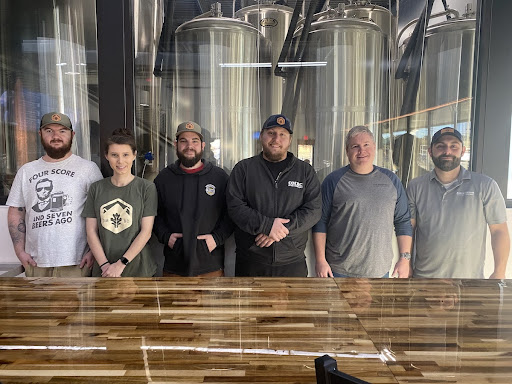 Oak Mountain Brewing Company has been open for nearly a year now, but the pandemic delayed the brewery’s most exciting plan of serving their own beer. They’ve spent 2021 building relationships with the Pelham community by serving a large selection of mostly Southeastern craft beer, hosting favorite food trucks, and renting out their top-notch event space. Their December grand opening ushers in a new era of OMBC drafts, an in-house kitchen, and more Oak Mountain beers found in restaurants and bars throughout the state.

The grand opening will begin with a ribbon cutting Thursday, December 2, at 3:30 p.m., which will be followed by three days of craft beer, live music, and lots of celebrating. Amongst the Oak Mountain Brewing Company beers that will be on hand are the brewery’s “core four beers,” which includes the OMBC Blonde Ale, IPA, Sour, and Pelham Pilsner. Seasonal beers The Booster Shot and Paul’s Porter, which has already become a fan favorite, will also join the opening festivities–along with some small-batch creations from head brewer Clay Baldwin and fellow Oak Mountain brewer Jackson Miller.

The brewery’s owner, Peter Genereux, and Clay are both excited to finally be able to have their own signature beers at Oak Mountain. Clay details the hop strains and malt builds that make each beer a unique creation. He’s simultaneously an eager student and an experienced brewer, detailing how the Blonde Ale is the perfect “gateway beer” for domestic beer drinkers looking to get more into craft beverages, and how their current sour is fruited with guava, mango, and tangerine but they will have small batch rotations coming soon.

They’ve also started brewing a barleywine–one of many exciting developments for OMBC in recent weeks. This unique creation is expected to have an ABV of a little over 11%, and is a great example of the different ways Clay and Jackson can have fun with their brewing creations moving forward. The barleywine can be aged, meaning future anniversary celebrations at the brewery could feature the same beverage in kegs opened at different years.

The recipe formulation and honing in on their core beers has been a thrilling process for Clay and the brewing team, and Peter plans to eventually have 10 or more OMBC beers on tap at any one time. They know that some of their customers find a favorite and stick with it, while many enjoy drinking flights and sampling new beers every time they come in. They believe their small batches will be the perfect solution for these adventurous souls.

When we last interviewed Oak Mountain Brewing Company, Peter and Clay were in the early stages of serving the greater Pelham community. The addition of Jackson has brought in even more brain power when it comes to creating new beers. As Clay says, “Different minds have different recipe development.” Both brewers bring their own flair, and many of their creations will first be tried as small batch releases.

Lee Pilleteri has come in to lead the taproom experience, and is joined by an enthusiastic staff ready to show off their exciting new menu that includes brewery classics like pretzels, spinach dip, hoagies, hot dogs, salads, hamburgers, and much more. The “Peavine Hoagie” pays tribute to the famous waterfall at the nearby Oak Mountain State Park, while the French dip and meatball hoagie has been blowing minds at this brew-filled building at the intersection on Highways 119 and 31. Food trucks will still be featured on occasion, but it was important to OMBC that they provide a consistent menu for their patrons.

The brewery has also been expanding their distribution network, with the eventual goal of being on draft in restaurants and bars across the state. They will be doing tap takeovers at Hop City, Beer Hog, The Casual Pint, all four area On Taps, The Filling Station, and Loosa Brews in Tuscaloosa to celebrate their big beer release. They are excited to send their beverages out into the world, noting that they have their favorites but “you never know what’s gonna be the hit.”

The on-site grand opening celebrations will feature music by Wellington Avenue on Thursday, Kevin Harrison Friday, and JKO Band on Saturday. The next weekend will feature Pelham’s Christmas Parade, and the brewery is excited to be right next to the path on 119. They will continue their weekly events and deals including 20 percent off beer flights and appetizers on Sundays and Tuesdays, half off wine on Mondays and Wednesdays, Trivia Thursdays, and live music on Friday nights. The Untappd app, social media, and their website are the best ways to keep up with new beer releases.

“We’re very blessed the last 11 months that we’ve been open, we’ve gotten great support,” shares Peter, and they are excited to bring even more greatness to the area. “We’re finally Oak Mountain Brewing Company selling our own beers.” They see Pelham growing at an incredible pace, with new restaurants and renovated buildings popping up around town, and are honored to be a part. “It’s just great to serve the community good beer, and grow with Pelham,” the team shares, while recollecting various regulars and moments that have occurred in the area. They are just as inspired by their fellow brewers around the city, noting how success for anyone is a good thing–saying the “tide raises all ships.”

It’s safe to say Oak Mountain Brewing Company has grown at a quick pace, but just as importantly they’ve taken their time to ensure the best possible product for the people of this city–and that patience has certainly paid off. Cheers to many more years of great tasting beers! 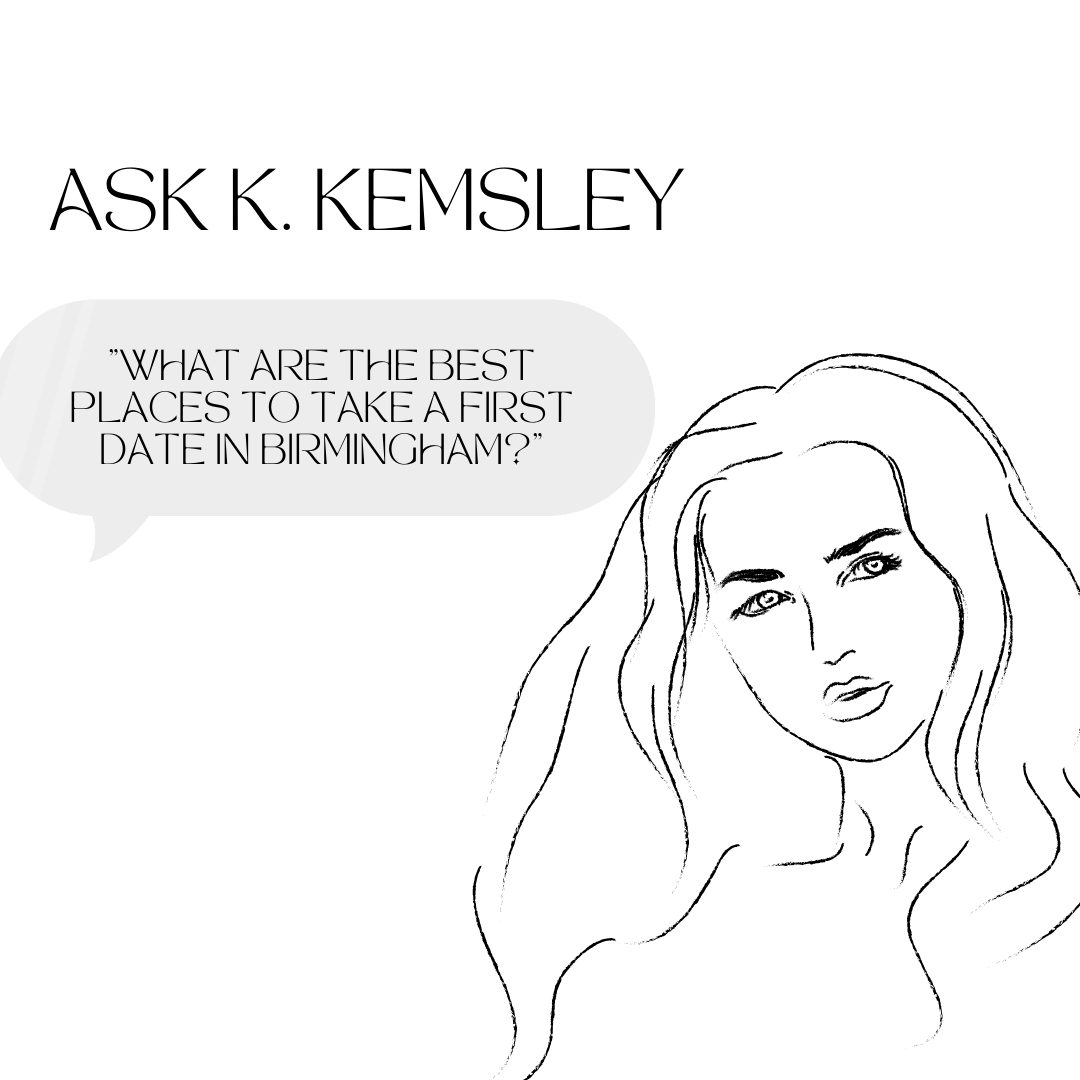 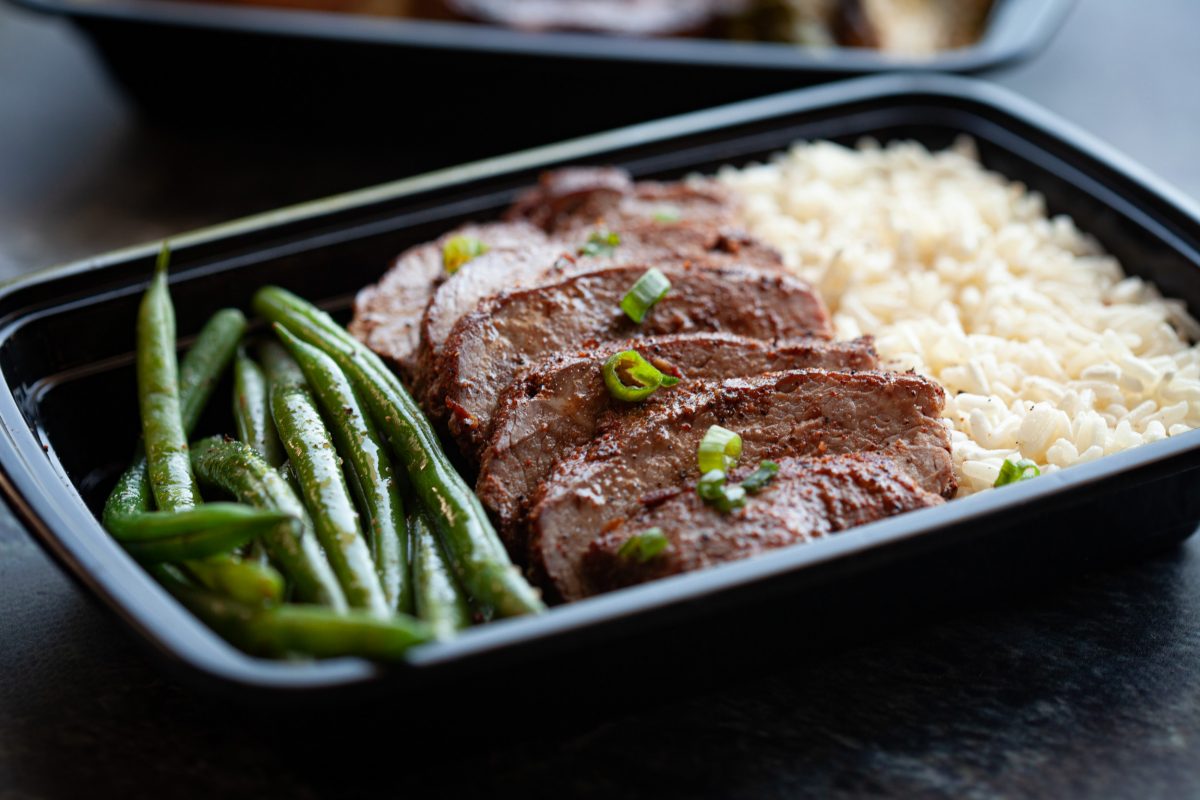 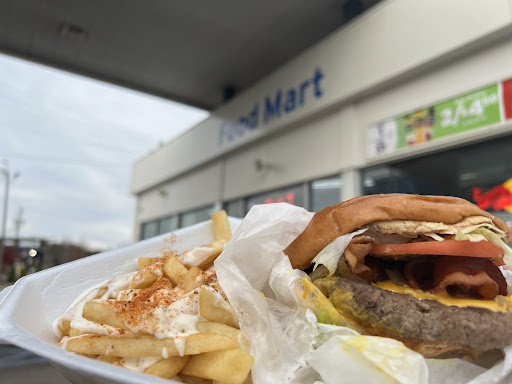 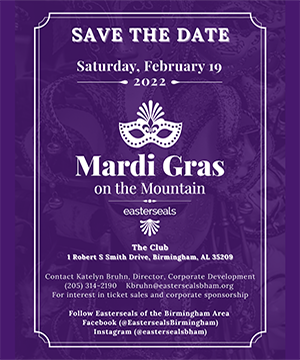 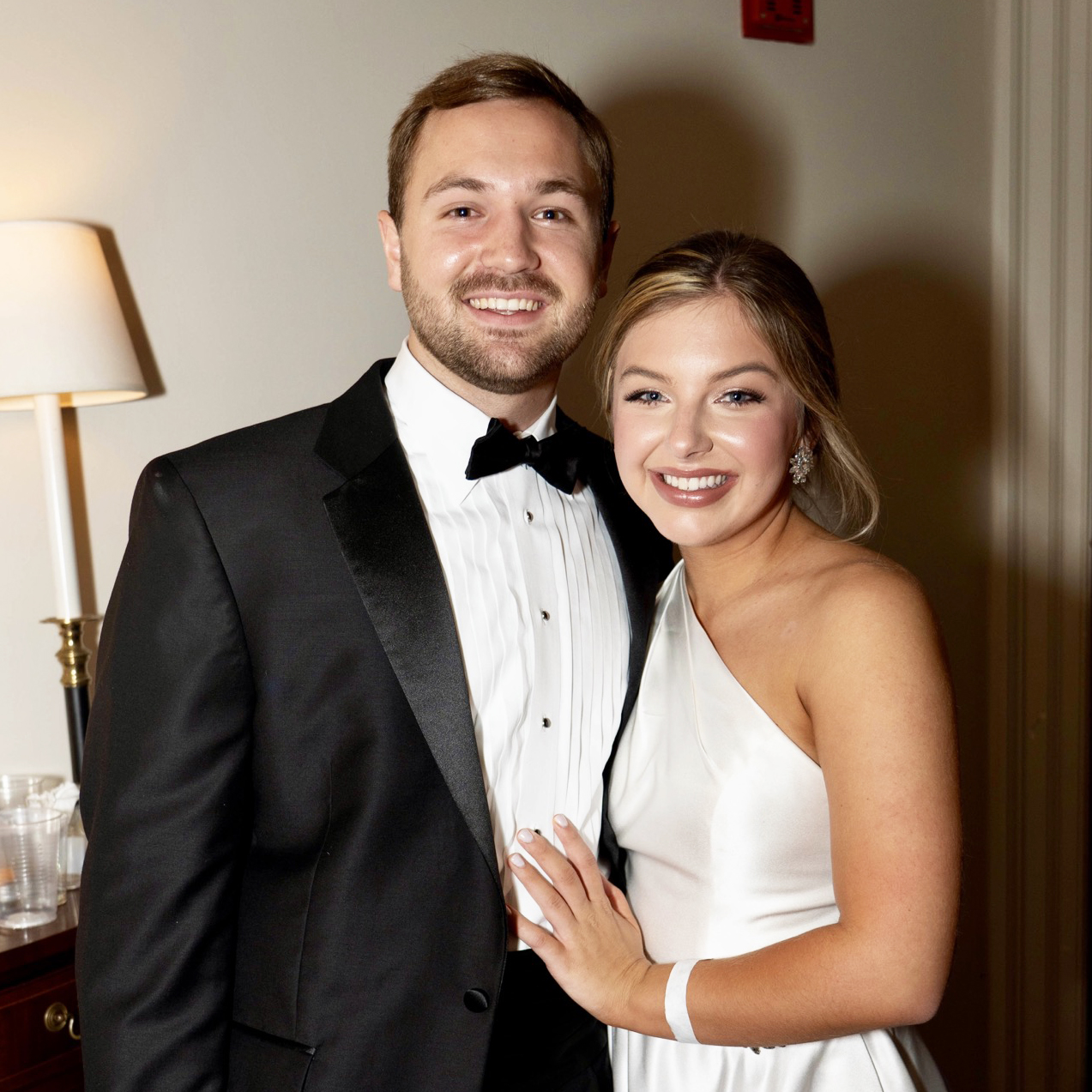 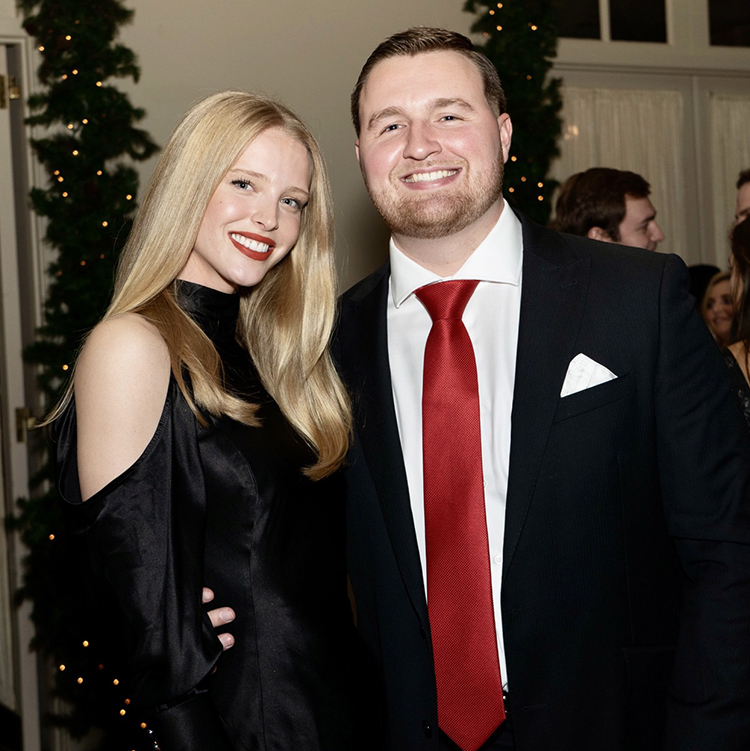 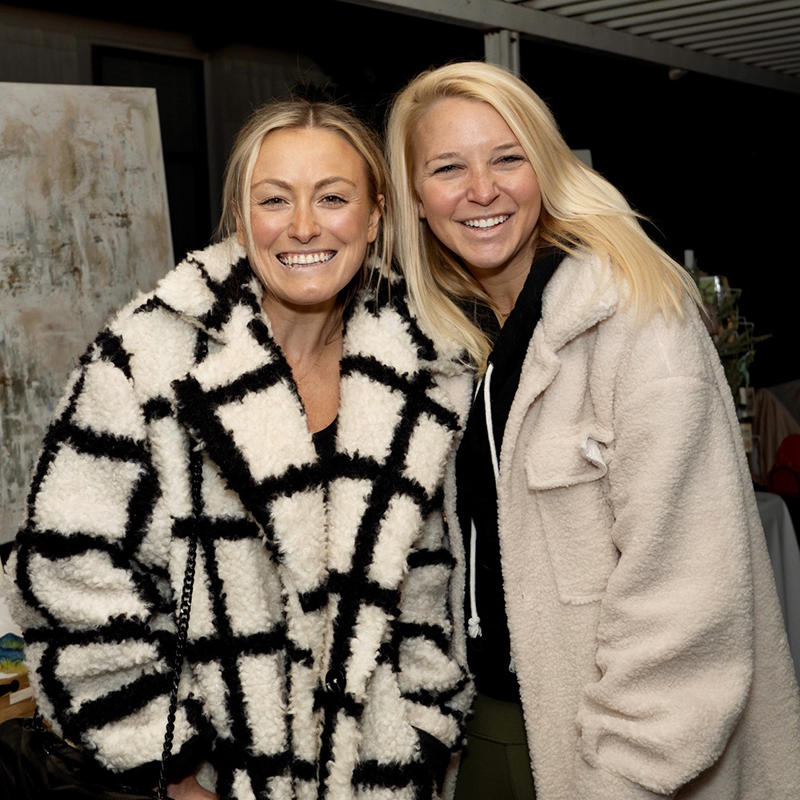