Answering the Call to Adoption 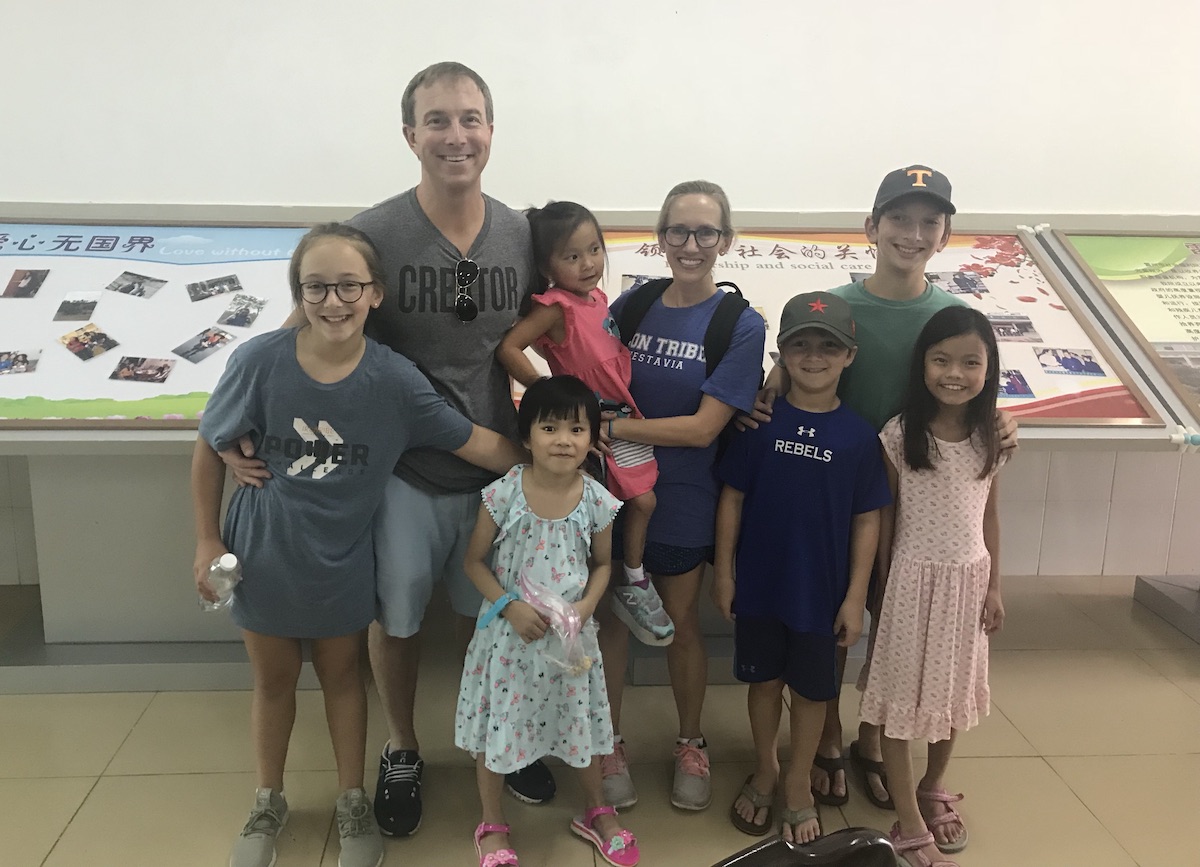 “It’s total chaos. All the time. But it’s super fun. Derek was an only child, so this was always his dream. I had one sibling and said I would grow up and have two kids. Now we have six!”

Derek is from Franklin, Tennessee and works as a partner at Shannon Waltchack. Rushton is an artist who grew up in Birmingham. They have six children, the youngest of whom are from China: Rollins, 15, Anne Rainey, 13, Henry, 10, Mei Sims, 9, Mimi, 7, and Colley, 7. Rushton says she knew she wanted to adopt a child as early as first grade and Derek has always welcomed the idea.

“With each child, clearly, God told us it was the time,” Rushton shares. “After two kids and pregnant with my third, I thought for sure Henry would be a girl. We even took pink stuff to the hospital. He came out and he was a boy. I turned to Derek in the hospital, after just giving birth and said, ‘I think we have a little girl in China and we need to go get her.’ Mei Sims was born nine months later.”

Rushton says two years later, their plates felt very full. “We had four kids. I remember I was driving on Montgomery Highway and something told me I had another child in China. I decided to keep it to myself. Two days later, Derek said he had to tell me something and he just started laughing. He said he thought we had another daughter. I told him I had told God to tell him that.”

Rushton says she thought their family was complete once they had five children. Each adoption had been challenging and she didn’t think the family could endure the process again. She was part of a social media group where people advocate for kids who need to be adopted. She says when Mimi’s picture popped up, she instantly felt something. She sent the picture to Derek and he said it was time to go get their daughter.

Rushton says, each time, the revelation that it was time to welcome another child has been like finding out she was pregnant. She says it’s a hard concept for people who haven’t adopted to understand, but the signs were clear for her.

“Mimi and Colley both have physical needs. Colley was already going to Baltimore to see a doctor there. We found out the doctor Mimi needed was also in Baltimore. We had always joked that Colley needed a twin because it would be sad for her to be left behind when the other kids go to college. When we got Mimi’s file, their birthdays were two days apart. It’s really like they are twins.”

“Every time we say yes, it’s a scary leap of faith, but there are signs that let us know that’s what we need to do. It’s still scary, but God has been faithful to assure us and to carry us once we get home. It’s never easy. They’re not running to meet you and calling you Mommy. Two of our girls had never seen a white person. They had never ridden in a car before they came to meet us.”

Rushton says she would write in her journal all the signs and reasons confirming they were on the right path to help her remember when things get hard.

“When we’re in China and my emotions are crazy, it feels scary, it’s all overwhelming. I can look back and see all the concrete ways that God has confirmed to me that this is the path for us. It’s what’s helped me get through the experience. Your emotions can be all over the place, so you need something solid to stand on.”

She says each experience was challenging for everyone in the family. She and Derek fully embrace counseling for themselves and the kids.

“First, it’s really hard and most people can’t identify with it. Unless they’ve adopted, they don’t understand the thoughts you’re thinking and the feelings you’re having. Second, it’s isolating because we cocoon and don’t let anyone else meet any of their physical needs. We had to solidify that we’re a family, we’re the parents, we’re here to help you. It was different with each of our kids. You’re trying to undo everything that was done to them and everything they’ve been through.”

In addition to the emotional toll, adoption creates a financial burden. The Waltchacks are always up for an adventure, so they tried planting pumpkin seeds at their family farm. The seeds produced a bounty of beautiful pumpkins, so many that the family set up a pumpkin sale in their front yard.

“We needed $4,000. We raised that plus more that we gave away. It was so fun and the community was so supportive. It was amazing. We did it for four years, in our yard and then at Scout Square. We would cover costs and give the profit to other families seeking adoption. I think we donated close to $90,000 over the four years.”

Rushton says people often call her for advice about adopting. She tells them they have to be completely on the same page as their spouse. “I could not have done it without Derek. He is so hands on. We have the freedom to say everything we are feeling even if it sounds awful as we’re saying it. Adoption is hard on your marriage. Jesus, counseling, patience and grace are what helped us through it all.”

When asked if they would consider adding to their family of eight, Rushton laughs and says they have reached their limit. “100% no. Of course, my kids say we’ve said that before. Mimi and Colley both have really major surgeries looming in the coming years. I feel like we’ve got to stop here. We also have to pay for them all to go to college. We can get dogs, we can get rabbits. We just can’t handle any more humans.”

Rushton says she and Derek look forward to continuing to support other families considering and going through the process of adoption. They enjoy talking to people, answering their questions and helping raise money for people to welcome orphans into their homes.

“When I see all of our kids playing in the front yard together, I feel incredibly grateful that God chose us for this journey,” Derek says. “In hindsight, not only did God choose us, but he also had been preparing us our entire lives. We feel very blessed.” 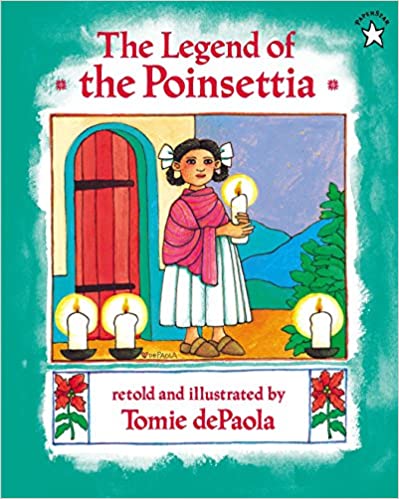 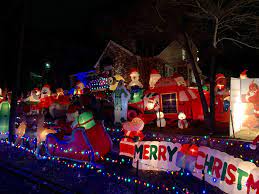 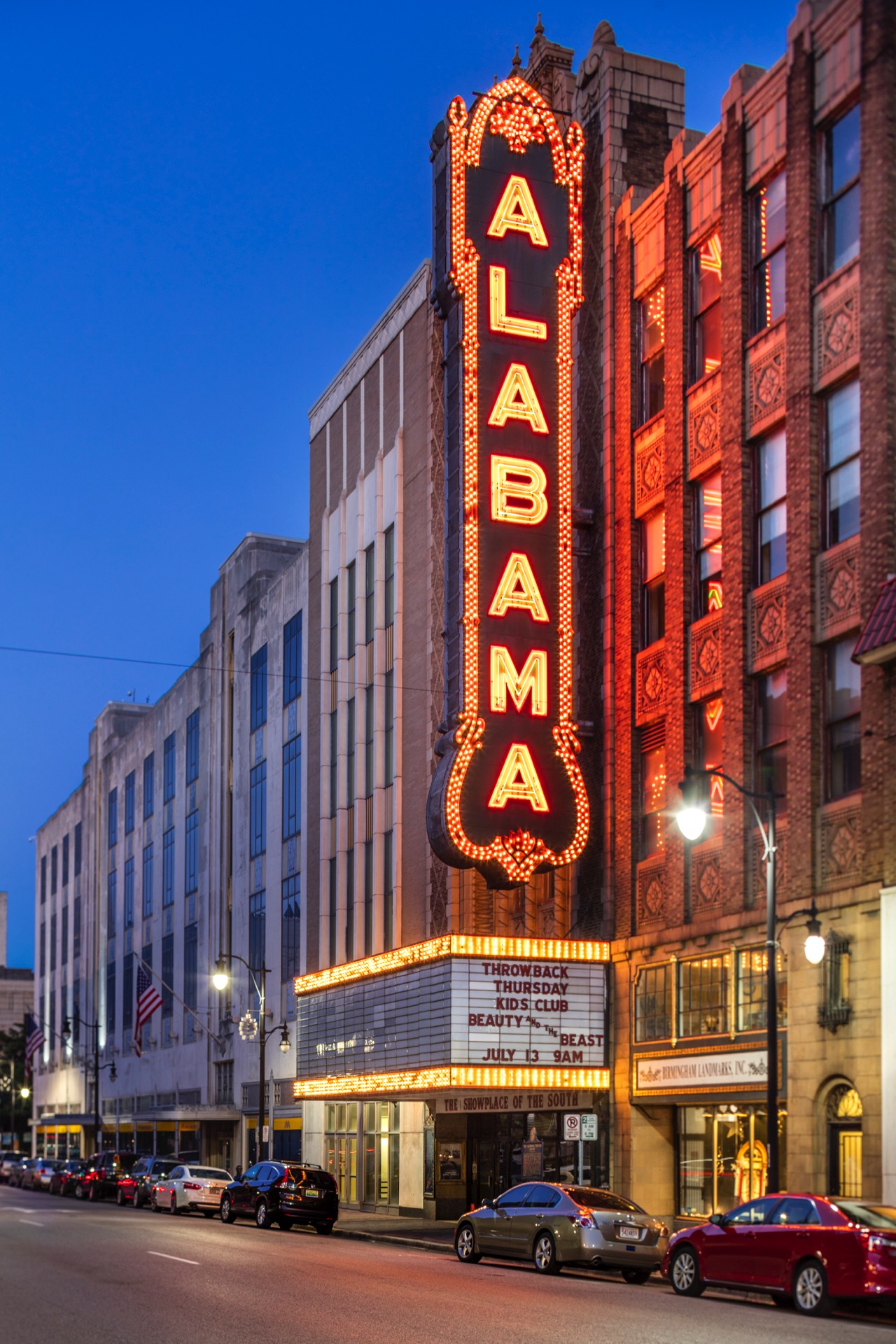