The Birmingham musician impresses with the 3-song project 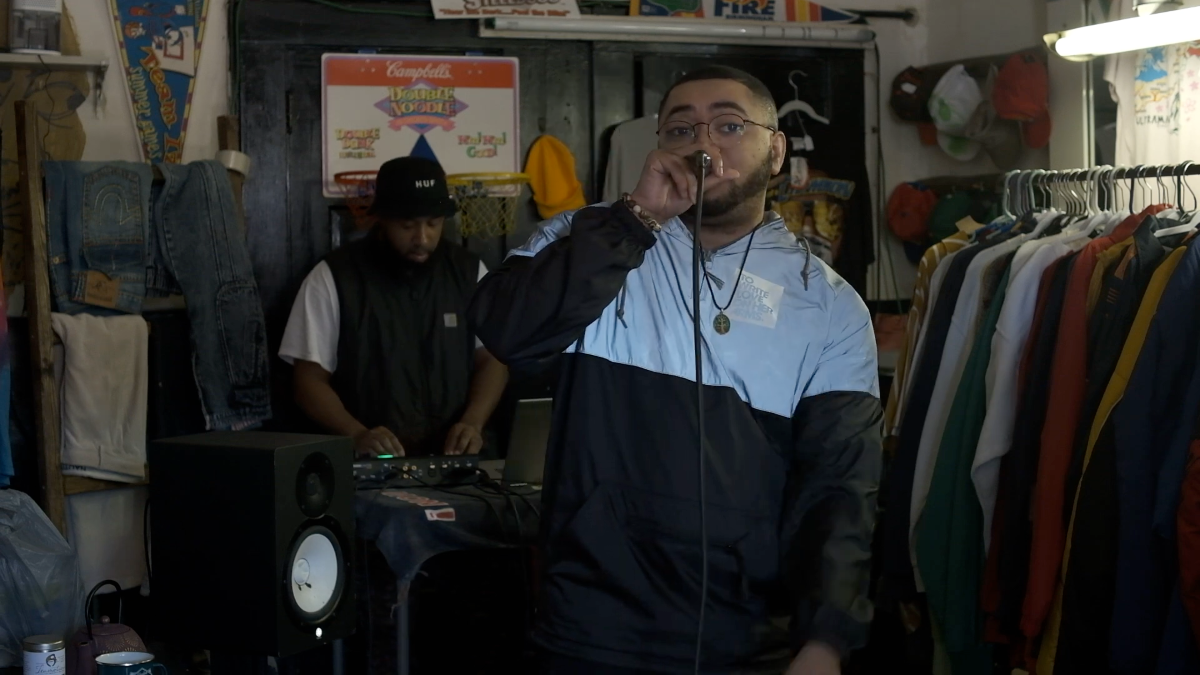 Mel. Crozby has quickly become one of the bigger names in the Birmingham hip-hop scene with his live performances and catchy, heartfelt tunes that resonate with those who call the city home. The musician is celebrating his 29th birthday on May 4th by giving his fans a gift in the form of a 3-track EP titled “I’m Sad But Fuck That Shit”. The work is his most honest release yet, and the project’s quality is only heightened by the freedom that comes with transparency and leaning into finding new sounds.

“High school is when I really discovered hip-hop and I fell in love with it,” Crozby shares, “I started actually rapping and making music when I was 21.” The musician follows a long legacy of impressive familial artists. “My whole family is super musical,” he states, “My grandmother was in a soul band in the 70s (Pat and the Neurotics) and they toured the country. My mom’s a singer. Both my brothers rap.” By the time Crozby decided to explore his own musical talents, he had an impressive list of musical role models to look up to.

Eight years since he first made a song and a little under two years after the release of the acclaimed “Iris.”, Mel. Crozby is returning with his most vulnerable work yet. “It’s more honest, I would say. A lot of lyrics from the songs on this EP are just direct lines from my journal that I write when I get depressed or feeling anything.”  The latest release also showcases the musician exploring new directions with his sound by embracing the previously unknown. There’s a focus on “trying new ideas and doing different things on these tracks,” Crozby shares, “Actually, LINNIL was the one who encouraged me to do it. It’s good to experiment and branch out and see what you can do so you make yourself better as you go.”

“I’m Sad But Fuck That Shit” is something that fans of Crozby’s live performances will recognize. “That’s something I’ve been using as a crowd response for a couple years now at shows, so it’s kinda been like a calling card to me,” the musician explains, “I wanted something that represented the feel or vibe or message of my music, and I felt that was the best title.”

Mel. Crozby hopes his music helps people “realize and feel that they’re not alone in the world. If you’ve been bullied or deal with a mental health issue or anything, I want you to listen to my music and feel like I’m someone who you can empathize with. You know, I’ve been through things. You’ve been through things. You don’t have to feel alone cause there is someone who feels the way you do and thinks the way you do.”

The latest EP is partnered with other exciting announcements like the upcoming co-release with fellow Birmingham musical favorite erthling. as Gardeners and a June block party performance with The Kickback. 2022, like years prior, is full of new inspirations to create for the aspiring artist. “Every year something happens that will make me want to keep doing it,” Mel. shares, “just something really positive like learning a new skill with it or collaborating with someone who makes me better.”

Crozby says that being able to pursue music greatness in the same city his grandmother sang in means the world to him, and another thing that keeps him going is those who listen to his lyrics and share what it means to them. “My favorite part of shows is afterward someone will mention a line of a song they heard when I was performing and they’ll explain what it meant to them, and that means everything really,” he shares, “Dealing with shows and putting music out gives you a lot of anxiety, and there’s a lot of depression and stuff comes with it but when people say ‘Hey this helped me’ or ‘I really enjoyed that show I like what you said here, I may apply that to my life’ it makes everything worth it. It makes me want to do it way more.”

We hope Mel. Crozby keeps doing this music thing for way more, and we’re thankful for the latest release today. Happy birthday and thanks for gifting us all!

Cover photo by directed by duncan