The Magic City collective has big plans for the future, including a Block Party on June 25th 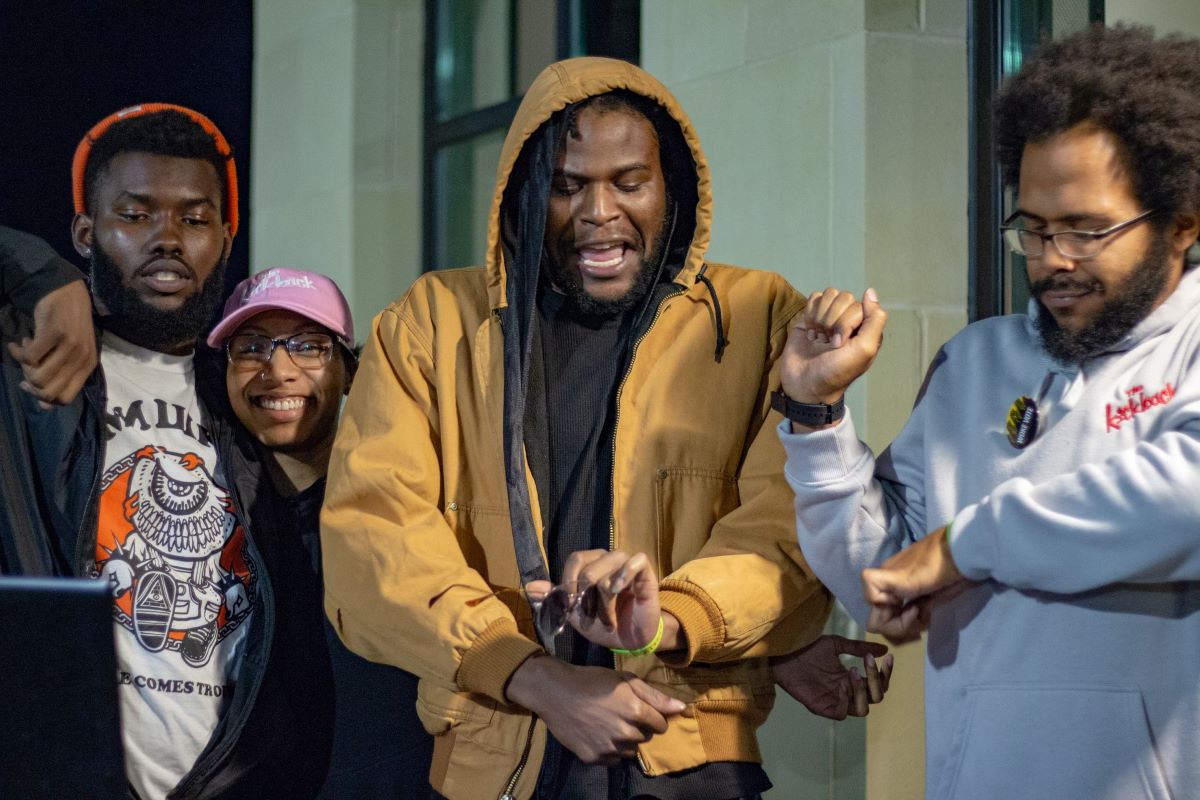 The Kickback is hard to describe in just a few words. The Birmingham culture creators can’t be boxed in. They are known for their live events, clothing, mixtapes, recordings, and all sorts of other fun activities. Melvin Griffin, Pelatiah Williams, Lauren Williams, Trenton Foston, Trevor Stewart, Ernest Christion, Abani Varner Williams, and Jessica Washington are the current core behind the endless creative force that is The Kickback, or TKB, and they show no signs of slowing down. Up next for the group is an R&B-centered experience in Atlanta with TKB’s Atl partners at Creatives After Dark on Thursday, June 16th followed by KAD Block Party (Kickback After Dark - another collab with the creatives) at Birmingham’s Firehouse venue on June 25th. This event features a free marketplace during the day, followed by a $10 concert with some of Birmingham and Atlanta’s finest musical artists.

The original trio of Melvin, Pelatiah, and Lauren came together due to mutual interests while students and radio hosts at UAB. After some time working on their respective radio projects, the three creatives decided they should begin their own venture.  “We started from there. It was us talking about music. New releases, our opinions on stuff, pop-culture type stuff,” Griffin explains. The Kickback had been formed. Things accelerated quickly, and the collective was soon interviewing artists and eventually decided to put on their own show. They were already DJing and hosting other people’s events, why not throw their own party?

The first event hosted by the group was the instantly iconic “No Cigarettes” show in 2017. The group had actually brought on Trenton to play as Flock.Wav for that show, not knowing he would soon be an important part of the team. The second “No Cigarettes” show took place in 2018, and more events lined up after. “(We) just kept the ball rolling with our goal of spotlighting the local talent that we have here and bridging that gap that people who make that music in the South feel so much.”

The group was reaching their busiest stage yet when the pandemic forced them (and the entire planet) to slow down, but they’ve since returned to a near-monthly event hosting schedule. They also have over 200,000 plays on audiomack, and “We don’t even rap” they laugh. They are quick to thank creators like Blake OBK and partnerships like the Magic City Collective, Vibestreet Studios, Magic City Mercantile, Elevators on 4th, and The Black Lens at Sidewalk Film Festival. “We’ve been blessed to develop so many different relationships with people who are down-to-Earth and immensely talented.” They’ve also taken a more in-depth look at artistry with their series “Is This Thing On?” They invite musicians to send beats and songs to media@tkb205.com if they'd like their audience to grow. While this may all sound exciting, the takeover isn’t complete until we get a TKB NFT.

There are many different creative endeavors coming from The Kickback crew, but they all come from the same motivation. The group wants to help Birmingham artists build their brand identity and assist them in reaching a bigger audience. They plan to do so by building bridges with other cities while uplifting their own at a constant rate. A big part of this bridge-building has been their collaborations with Atlanta’s CAD. The “Little Blue Room” series has become an Atlanta favorite, and the upcoming June 25th market event is sure to be something special. The free-to-attend daytime marketplace features favorites like the Magic City Mercantile, Antisocial Genius, and Tay Electronica along with DJ sets from Flock.Wav, Pelatiah (DJ I$H), The Phasing Octopus, Big XL, and Chasing Capital.  “Pull up and support. Even if it’s something small, it’s important to recycle dollars to our own community.” A $10 show with some of the South’s best musicians follows that night, and is sure to be a party. The event will be hosted by Rick Nasty with a live podcast by Running Trizz.

Whether they grew up in Birmingham or the Magic City helped them find their footing in college, every member of The Kickback feels that they have a duty to leave the city better than they found it. “Being from Birmingham, something I have on the back of my mind all the time is that I want to create something that a 17-year-old me could enjoy,” Melvin shares. Pelatiah has similar thoughts, saying “It’s a lot of youth that look like me that still don’t know where to go in the sense of having an outlet for creativity. It’s a lot of talented people out here that don’t have a platform to get to where they want to get to. I would like to be able to provide that platform. I would love for my team to be able to provide that platform as we’ve been doing, and to grow that into continuous beauty. We grow bamboo. 205 over everything.”

The Kickback is nothing but smiles when reminiscing over the last five years. “Thanks for the memories, y’all. We really appreciate it. At the end of the day, we can all look back on this and smile. That’s what matters,” the group shares, quickly followed by a reminder that there is much more to come. “And we will continue smiling. We are not stopping.”