You Gene Write Impacts Birmingham Through Music and More

The co-founder of Sankofa Suite discusses his passion for the city. 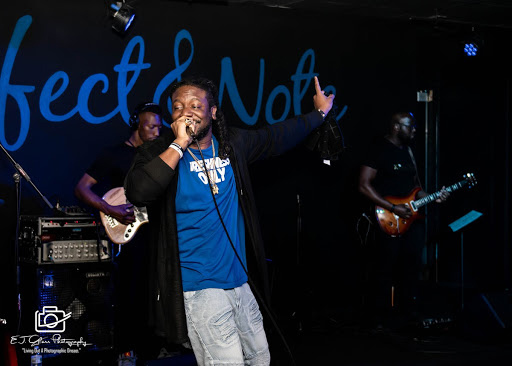 You Gene Write is a familiar name to those who keep up with the incredibly talented Birmingham hip-hop scene. Write has spent years collaborating with and uplifting some of the most respected musicians in the city, and all of it is done with a smile that makes it clear his vision is for more than himself. This vision grew significantly in 2018 after the founding of Sankofa Suite by You Gene and his longtime friend Do Fresh. Sankofa comes from a Ghanan tribe’s word for “learning from the past” or “go back and get it” and Suite is used to indicate the expansiveness of the business. They produce everything from books, events (pre-pandemic), podcasts, recording, beats, and community service.

Music has been a part of You Gene’s life since he was a kid. His dad enjoyed rapping for a while, and recorded out of Bboys Records and Tapes in Ensley. This let a young Write discover how the business side of music worked, “from the store front to the studio in the back.” At the young age of nine he developed a strong passion for music, and released his first legitimate mixtape by the age of 14. What started as recording on cassette tapes before transferring to digital CDs at other peoples’ studios became at-home recording. His first studio album was released in 2009 when iTunes was still a game-changing way to reach the audiences - allowing him to further grow in the world of music.

Selling tapes and performing live shows first merged money and music, but You Gene has always placed the emphasis of his art on collaborating with peers and valuing creative spaces. Profit has never been the top priority in regards to music - more so the moments. “The idea of being heard and the idea of people listening and understanding the power that’s with that. And making sure that power is used for good.”

The power of being heard reached a new level when Sankofa Suite announced the 2020 Vision Pack concept, which saw 20 unique projects released over 20 months. The last one, “Life Is Suite'', is being released this month. “I blame Shaun Judah” laughs You Gene referencing another talented Magic City MC. Write had just completed the book for his “The Eubik’s Cube” album and re-released the deluxe version but wasn’t sure what the next steps looked like. Shaun gave him “a very important phone call” towards the end of 2018 expressing his gratitude for Write and his impact on this city.

The conversation impacted You Gene who decided he wanted to turn this feeling into something “grandiose”. He took the entire year of 2019 offline to focus on writing and came up with the 2020 Pack idea with Do Fresh. This allowed You Gene to release a treasure trunk full of high-quality songs and incredible features on smaller tapes or “microideas”, which is much different from his normal album approach of taking the time to craft out an entire concept and formulate the tracklist around it. The concept also let him challenge himself to prove he could still write a good story and put out great music after 24 years of rapping.

Releases like the 2020 pack are one example of what Sankofa brings to the city but far from the only one. “The Suite Life” podcast is another area where You Gene and company bring something new to the table. Write joins his childhood friends from the Westside of Birmingham The Phasing Octupus, C. Null, Woo Tim, and A Reverend Named Mark in discussing broad world conversations. “You have topics but it’s just free thought, free talk. It’s outlandish” shares You Gene going on to say various friends often simply come by the studio to join the conversation when they see the podcast goes online.

The recording, engineering, and mixing (nearly all done by You Gene) is another staple of Sankofa–which is a recording home for city greats like The Monastery and Michael Kure. His goal is to partner with motivated musicians to turn their creative ideas into realities, and musicians like ChriStyle, Bimbo205, and 7even Rich have shown how successful this partnership can be. Sankofa also sells beats, which come from worldwide producers and Birmingham-based musicians like ITP, Suaze, and Donny SayGo.

You Gene and Sankofa have made it their mission to uplift the incredibly talented musicians that call Birmingham home. “I love Birmingham to my absolute core” shares Write, thanking those who’ve supported him along the way. “The level of talent that we have is extremely higher than a lot of other places. Only problem is you may not understand the degree and seriousness to which I mean that until you went to other places and saw the talent and been alongside them.” He continues, “so my advice for the people is just don’t take for granted the talent that you have in Birmingham. Support the artists, support the culture, support the scene because it’s essentially ours - or it’s yours.”