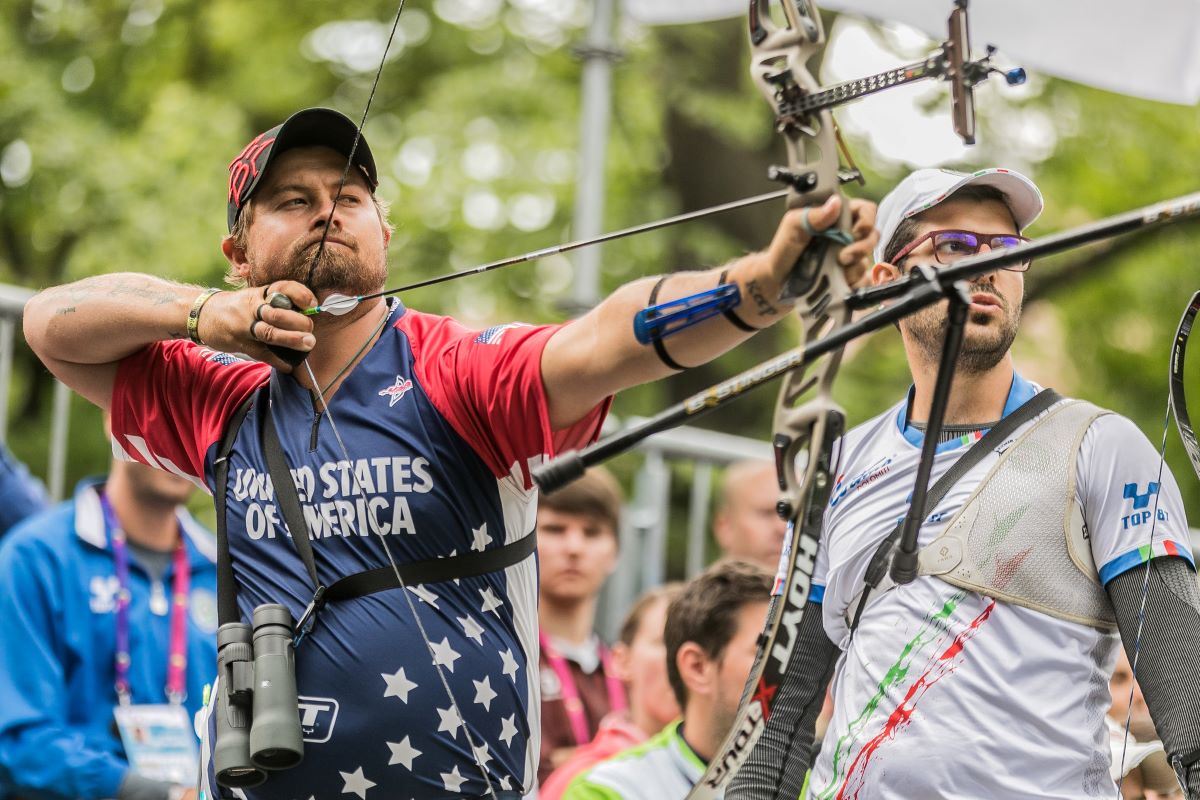 The World Games are right around the corner, and Birmingham has prepared itself to be the finest host the global event has ever seen since its 1981 inception. In addition to a new City Walk park, 20th street revamping, and a plethora of lighting and road repairs over the last few months, the Magic City is providing enthusiastic fans who are ready to see the world’s finest players compete for glory. About Town is doing our part to help by sharing some of the incredible sports Bhamians can watch. We’ve already covered Artistic and Ball Sports, along with Martial Arts. This article will be taking a look at another fun category: Precision Sports.

Archery is a sport many of us have seen and maybe even participated in, but may not necessarily know the World Games rules for. There are three different disciplines that will be seen in Birmingham: Target, Recurve, and Field Barebow. In the target competition, there are two rounds: ranking and elimination. The ranking round consists of every competitor shooting 75 arrows, then being ranked by their scores. The elimination round comes next, with players being paired up based on their rankings and facing off in a 15-arrow showdown to see who goes home and who gets the glory.

Recurve and Barebow are both Field disciplines, with the bow used being the primary difference. Both have a qualification and an elimination round. The qualification round involves players shooting 3 arrows each at 12 marked and 12 unmarked targets. After this round, the top two players are guaranteed a spot in the semifinals as the remaining 10 compete for the last two spots. The final match-ups feature head-to-head competitions of three arrows each at four separate distances. All archery showdowns will take place at Avondale Park, with Compound Target competitions taking place July 8th and 9th and all Field events taking place July 10th to 15th.

Billiards is another sport that many of us have seen or played, but probably not on a World Games level. This year’s competition will be broken down into three categories: Carom - 3 Cushion, Pool - 9 Ball, and Snooker. 9-Ball would be the most familiar version for casual players, with two opponents hitting the balls in numerical order with the goal to be the one to hit in the 9 ball. If you hit the lowest ball first, any ball knocked in after (including the 9) counts. Snooker is the next closest, with 6 holes on the tables and 15 red balls joining six colored balls. The red balls count for 1 point, and each colored ball is counted by the value shown on that ball. If red balls are still on the table, players must use the cue ball to hit one of them first.

Carom may be the most unique with three spotted balls (white, yellow, and red) joining cushions that replace the holes normally found on a pool table. The red ball is neutral, and each player will claim one of the others as their cue ball. The goal is to hit one of the other balls, at least three cushions, then the remaining ball all in one round, which equals a point and an extension of that player’s turn. A match goes up to 40 points. Billiards game will be played July 13th to 17th at the Sheraton Ballroom.

Boules may be the most mysterious of the precious sports. Its two disciplines, Lyonnaise (Progressive and Precision) and Pétanque (Precision and Classic), involve throwing heavy balls as close as one can to a smaller target ball. Lyonnaise requires players to run for five minutes in an attempt to strike different targets placed at various distances on both sides of the field. The Pétanque discipline sees players throw from a circle with both feet firmly on the ground. This year’s competition takes place at Bessie Estell Park on July 12th and 13th.

Bowling is a precision sport that we all love, and the World Games is bringing the classic discipline of Tenpin to Birmingham this summer. The sport features 10 rounds where players throw two balls during the first nine frames, unless they make a strike with the first ball. The last round can extend to three balls if a strike or spare is scored in the first two throws. Players compete to score the most points, with 300 being the most possible in a match. Singles and doubles matchups take place at the BJCC North Exhibition Hall from July 8th through 11th.

No matter which sport you choose, you get to watch some of the planet’s finest athletes compete for gold right here in the Magic City! Sounds like a great deal to me.