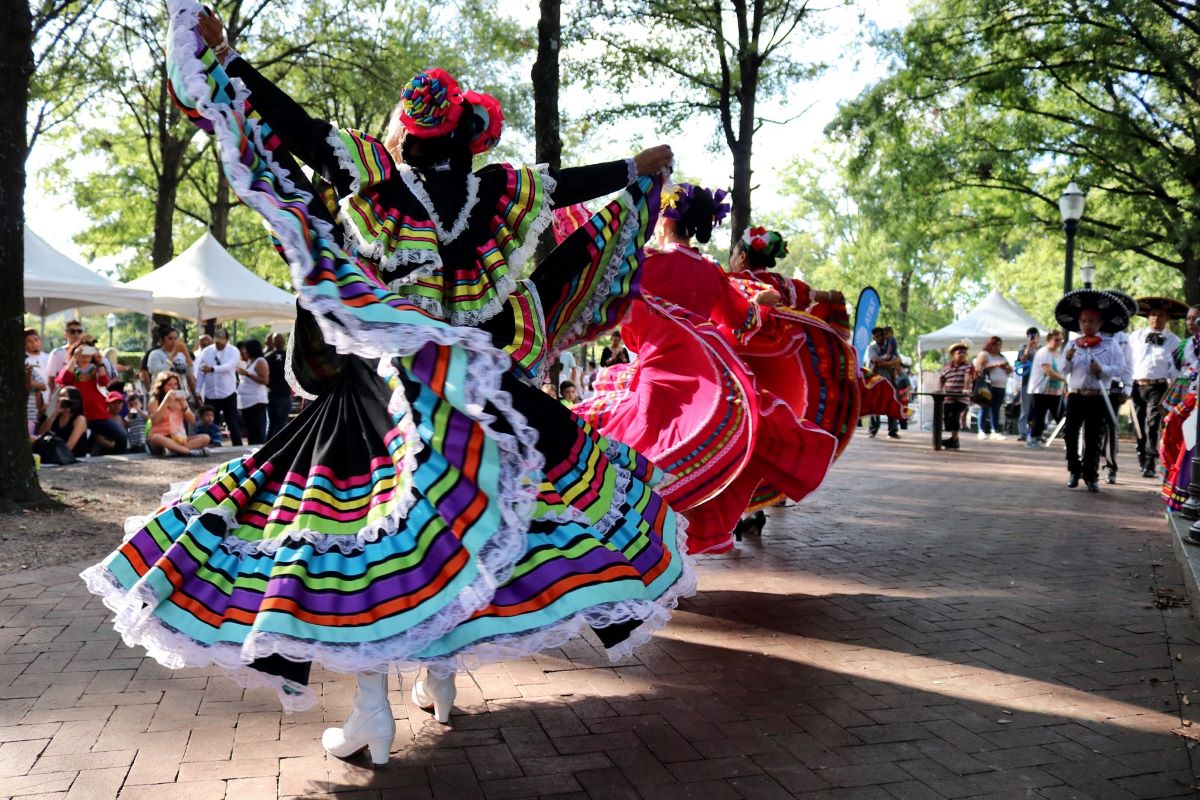 Birmingham continues to define its place as a unique city. Exciting bars, tasty restaurants, great music, and museums are all important parts of a city-but annual events are what make a place known as a destination. The Magic City has plenty of such events, both old and new, and shows no signs of slowing down. Dog-centered gatherings. Film-centered festivals. Fishing-centered fun. Sports, the arts, and everything between seems to have their own spot on the calendar in Birmingham. Here are a few of our favorite annual events.

Before there was City Walk, there was Birmingham Artwalk. This fun annual art-based event turns Birmingham’s downtown into one massive and colorful display of human creativity. Dozens of visual artists are joined by musicians, food vendors, small businesses, and more to create a perfect Magic City weekend. This year’s event takes place on September 9th and 10th.

East Lake Park is one of the city’s most scenic year-round, but it’s especially fun to visit during the Family Fishing Rodeo which has taken place for two decades. The mile-long path surrounding the lake is lined with hopeful fishers and their families. New fish are dumped into the water leading up to the event, and a great day of community is formed from the easy-going pastime.

Fiesta Birmingham is Alabama’s largest celebration of Hispanic heritage and culture, and has become a city favorite in its 20-year history. This year’s event takes place on Saturday, September 24th, at Linn Park with advance tickets only costing $10. World-class music, spectacular food, and plenty of fun and educational booths on Hispanic culture and area nonprofits will be available.

Every city needs a festival that’s dedicated to a specific set of music. Fans of said genres spend all year waiting in anticipation to see their favorite musicians, and plan their festival weekend around the hometown city. Birmingham has a treasure for fans of punk, emo, hardcore, and other forms of rock found at Furnace Fest. Recently brought back after a hiatus of more than a decade, this festival has come back making major waves. The 2022 festival takes place at Sloss from September 23rd to 25th and features massive acts like New Found Glory, Thrice, Sunny Day Real Estate, Manchester Orchestra, Descendants, Mastodon, and many more along with some of the best bands to come out of Alabama.

If you surveyed 10 Birminghamians and asked them to name a large annual event in the city, more than one hand’s worth of answers would say the Magic City Classic. The showdown between Alabama State and Alabama A&M brings in celebrity ambassadors, top-tier tailgating, wonderful football and marching bands, and lots of great memories made in Birmingham. Pandemic pushbacks aside, the game is typically played in October. This fall’s matchup takes place on October 29th at Legion Field.

Fashion is a crucial component of a healthy city arts culture, and Magic City Fashion Week ensures that area and national designers, entertainers, visual artists, and more have a platform to share their brilliant work with the world. Daniel Grier and company recently wrapped up a thrilling SZN IV, but always have an exciting event waiting around the corner.

The good people at Blank Space Bham brought together 7 of the best muralists in the country (all of whom happened to be women) last year to turn a corner of Woodlawn into a visual experience that places the viewers in colorful scenarios that reflect on inspirational characters or dreams of a better world. The event was the first ever Magic City Mural Festival and the art collective has turned it into an annual happening. The 2022 artist call has ended, and five walls will soon be painted November 5th through 12th.

Mardi Gras in Birmingham didn’t use to be a common celebration but great brass musicians, rubber chickens, and a spirit of celebration have quickly changed things. Chad Fisher (of St. Paul & the Broken Bones, Hank Williams Nights at Iron City, and more), Mom’s Basement, and other Magic City moment makers come together each Mardi Gras season to lead the town in ever-growing marches of jubilee.

Moonstone Fest has bolted to the top of the Magic City festival scene, with the one-day 2022 edition of the festival boasting one of the most impressive lineups you’ll find this year. Clairo, Jenny Lewis, Amanda Shires, Big Freedia, Hurray for the Riff Raff, Gavin Turek, Adia Victoria, Automatic, Hatchie, Ayanis, Rett Madison, and Jahnah Camille will all be at Avondale Brewery on October 29th to celebrate women in the arts. There will also be a market with vendors and art for people to enjoy.

Birmingham has the privilege of being host to the oldest professional baseball park in the United States with Rickwood Field. This rare piece of history plays host to magnificent memories for baseball lovers of all ages to this day. Many former players including this author have fond memories of being able to play a game at the park as a kid. Just as impactful is going to see the annual Barons game at the storied field. Seeing America’s sport played at its earliest still-standing home is truly impactful.

Not many cities can claim to have one of the most respected film festivals in the world, but Birmingham has this prestigious honor thanks to the hard work and great taste of the wonderful team behind Sidewalk Film Festival. This decades-long tradition occurs each August, with this year’s event taking place from the 22nd to the 28th.

Strapped Brand is taking over the city. The fashion brand can be found at its primary home inside Pain Freakz Body Art Studio at the 5 Points West shopping center, as well as on enthused fans from every corner of the nation and all across the Magic City. Strapped is known for its continued innovation and ramped things up in recent years with Strapped Fest, which highlights musicians and visual artists from around the area.

Redemptive Cycles and their programs to help those experiencing economic hardships and transportation concerns get bicycles is already an easy thing to support, and it takes on a whole new meeting at the fundraising Tall Bike Joust tournament. The annual event is exactly what it sounds like in the best of ways. Competitors on tall bikes jousting for community glory and a good cause - what’s not to like? The 10th edition is taking place on October 15th, 2022 at Cahaba Brewing.

These are only a few of the annual events that make the Magic City so special. Whether they cater to two people or to 20,000 people, each event is a special occurrence that adds an important story to our home.